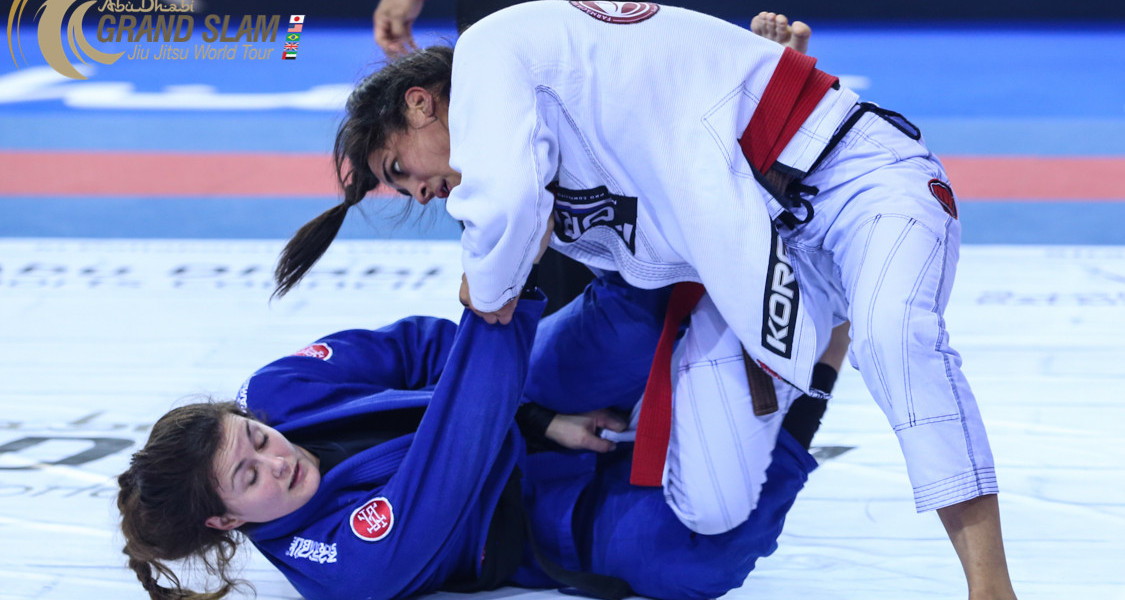 The 2018/2019 season started out great for British black belt Samantha Cook. In July, she travelled to Japan to win the 70kg division beating no other than Claudia Do Val in the final of the Abu Dhabi Grand Slam Tokyo. The victory in Japan was not an easy one, as Samantha reveals she cannot devote full time to training Jiu-Jitsu, “I'm in my 30s and I train part time in the evenings. I am a 2X Abu Dhabi Grand Slam Champion competing against girls much younger than me who train full time.”

After the initial success in Japan, Samantha kept on strong in the season, competing in all three subsequent events in Los Angeles, Rio and Abu Dhabi. In all of them, however, she was stopped by a strong opponent in Brazil's Thamara Silva. In three matches, Samantha has yet been able to beat the rival. In Abu Dhabi, this past January, they fought one of the most thrilling matches of the season. With a back take in the final 15 seconds, Thamara was able to reverse the scoreboard from a 0-2 to a 4-2 and secure the gold medal, her third in the season.

The Abu Dhabi Grand Slam London will be the final chance for Samantha to dethrone Thamara and earn back the top of the podium in the 70kg division. She talks about her mindset to be able to achieve a better outcome against Silva this time: “My mindset is really strong. I genuinely believe I had her beat on our last match, so now it's time to do the job.” Samantha also talks about whether competing in her home country adds to her strength: “London definitely adds to it. My team, my coaches and friends will all be there supporting me. I feel very confident, which is crazy after losing the last few finals. I have her measure now. I played smart in the last match and almost did it. Now it's time to win.”

Organized by the UAEJJF, the Abu Dhabi Grand Slam Tour London goes down March 9-10, at the Copper Box Arena. The early registration deadline is February 5 and the final deadline is March 5. Sign up now. Click here for more info. Follow the complete coverage on Instagram at @adwjjt. Watch the matches live on FloGrappling.com.