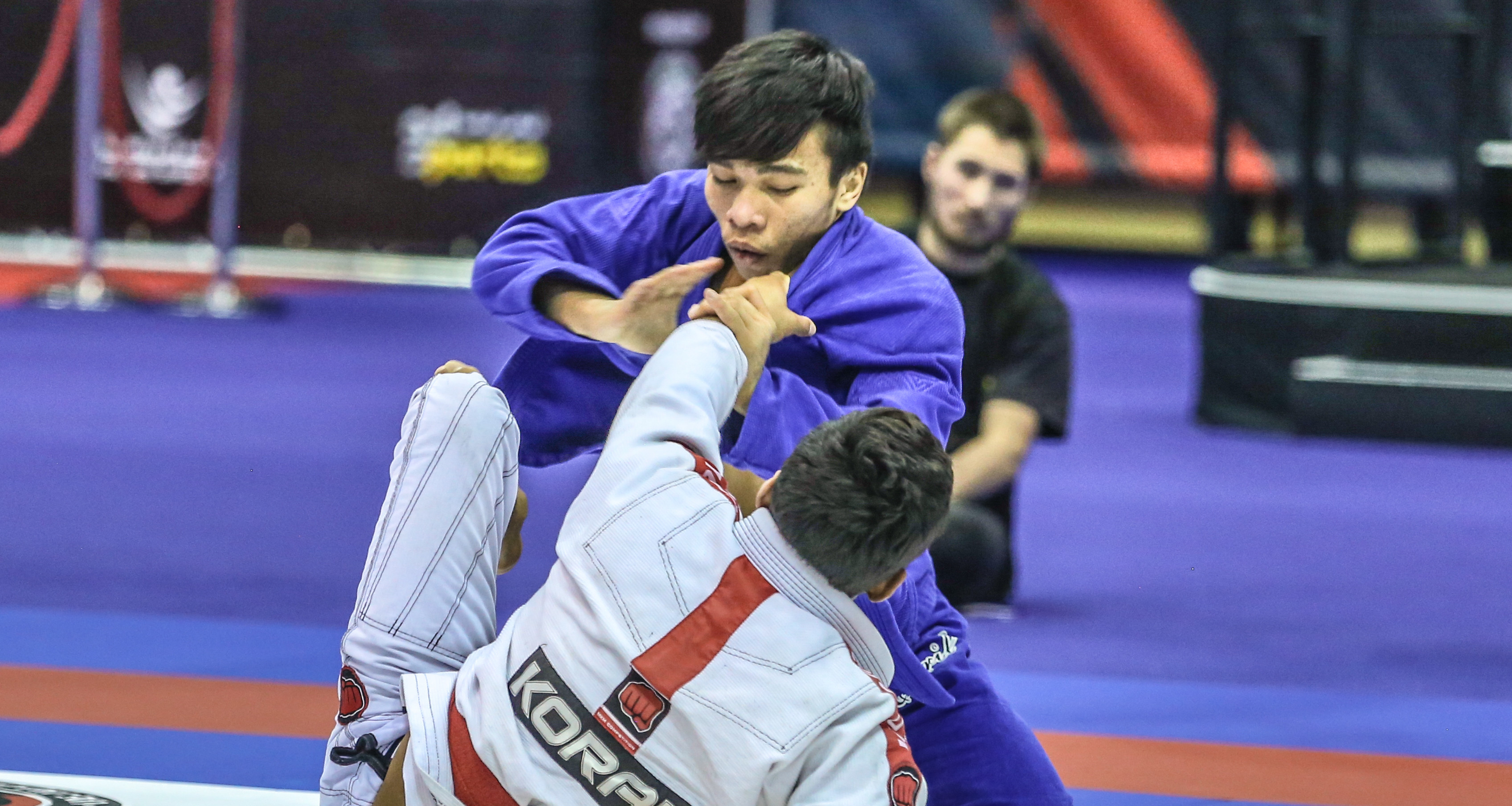 After the tremendously successful heavyweight bracket in Moscow this past June, the Abu Dhabi King of Mats (ADKOM) is now on its way to Japan for another full day of matches. This time, the revolutionary event will feature 8 of the best lightweight black belts in the world. It is scheduled July 27, on day 1 of the Abu Dhabi Grand Slam Tour Tokyo. Here are the eight names.

Gabriel de Sousa (Brazil) – The leader of the adult male black belt ranking in the 2018/2019 season finished in third place at the last lightweight ADKOM, in London, this past March. This time, he wants to go all the way.

Tomoyuki Hashimoto (Japan) – One of the greatest talents to come out of Japan, Tomoyuki is a 2018 Abu Dhabi Grand Slam Tokyo champion and should again be a force competing on his home turf.

Diego “Pato” Batista (Brazil) – Coming out of a recent gold medal campaign at the ADGS Moscow, his first ever competition as a black belt, Diego is more than ready to face more experienced black belts and continue to leave his mark.

Nobuhiro Sawada (Japan) – Another talented competitors that will have the home crowd advantage in Tokyo. Sawada is a familiar face in acute phases of AJP competitions and should not be overlooked in the bracket.

Cleber Fernandes (Brazil) – Another great talent from Brazil, Cleber is no strange to big challenges. He's also familiar with making it to the most acute phases of each competition he enters.

Isaac Doederlein (USA) – The runner-up at the ADKOM in March, Isaac now wants to take the trophy home. The American black belt has all the tools to make it. His guard passing game is world famous and usually puts his opponents in deep trouble.

Thiago Macedo (Brazil) – The Rodrigo Pinheiro factory of champions works non-stop and Thiago is yet another great talent coming out of it. Maybe he's not that well known, but the ADKOM Tokyo will be the perfect opportunity to break it into the big league.

Wanki Chae (South Korea): A powerhouse in Asia, Wanki is eager to make it big in the world stage. He has all the tolls to do it and should not be overlooked in the bracket.

The Abu Dhabi King of Mats in Tokyo will be the 6th installment of the event and also be a part of the full weekend of Jiu-Jitsu at the Abu Dhabi Grand Slam Tour Tokyo, on July 27-28. More info here. Follow the complete coverage on Instagram at@ajptour and @jiujitsuworldmag.

About the Abu Dhabi King of Mats

Launched during the 2018 ADWPJJC, the Abu Dhabi King of Mats introduced a new and very exciting format of competition. Athletes are divided in two groups and they fight each other inside their groups in rounds of two matches. At the end of the group stage, the two athletes with the best campaigns in each group advance to the semifinals to fight for a spot in the final. The event closes with the third place match and final. All matches are six minutes long, which guarantees non-stop action and a high rate of submissions.