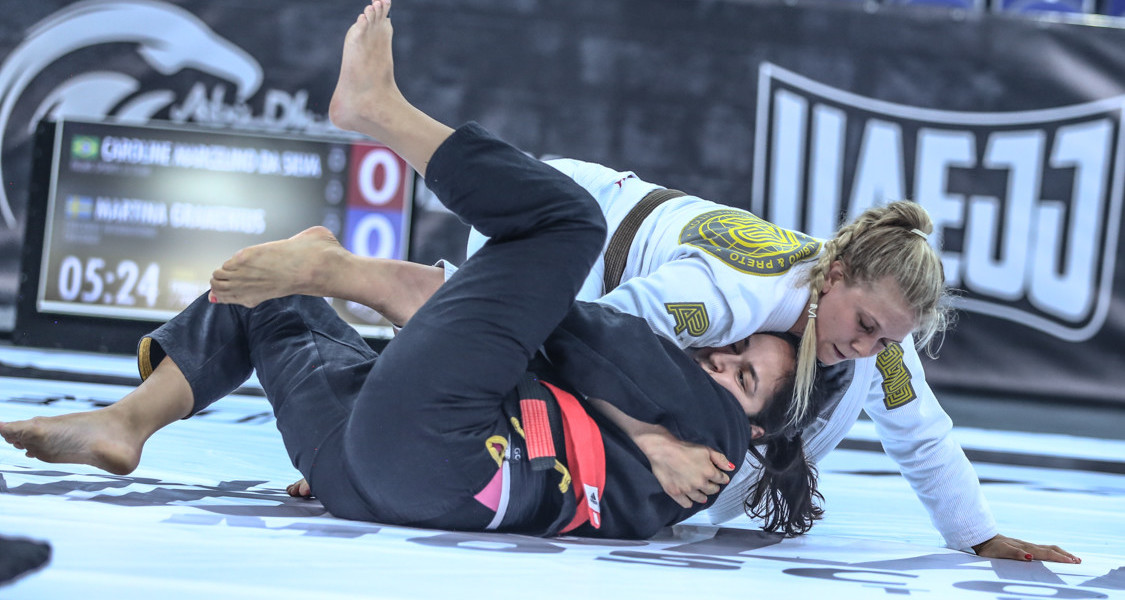 Every new season of the AJP Tour shines the spotlight on new talented competitors as they break into the big leagues. Sweden's Martina Gramenius is the latest name to achieve notoriety after a successful debut in the 2019/2020 season opener, this past June, at the Abu Dhabi Grand Slam Tour Moscow.

The gold medal in the female brown/black belt 70kg division made the Jiu-Jitsu community turn its attention to yet another big talent coming out of Scandinavia. The region already features successful black belts such as Alex Trans (Denmark), Max Lindblad (Sweden), Espen Mathiesen (Norway), Tommy Langacker (Norway), Venla Luukkonen (Finland), among others.

Still a brown belt under highly acclaimed Brazilian black belt Alan “Finfou” Nascimento, Martina is certainly on the right track to achieve great things on the mats. She talks about her inspirations to train and compete: “Its amazing to be able to fight at the highest level and something I've always been dreaming about doing. I believe that hard work and dedication are the keys to whatever you want to achieve in life. I think that anyone can do what they want in life if they just want it bad enough.”

The upcoming Abu Dhabi Grand Slam Tour Tokyo will be the perfect opportunity for Martina to confirm her spot as one of the top contenders in her division. She knows the challenges ahead are tough, but has the right mindset to overcome them: “Set goals, work hard to achieve those goals and don’t be afraid to fail. There will be setbacks but try to find something positive in that, learn from your mistakes and keep going until you reach your goals.”

The Abu Dhabi Grand Slam Tour Tokyo is scheduled July 27-28, once again at the Ota Gymnasium. The registrations for all belts and age groups are now closed. Follow the complete coverage on Instagram at @ajptour and @jiujitsuworldmag. Watch the event live on ajptour.com.

THIS WEEK ON THE AJP TOUR

AJP to offer Rules Course prior to ADGS Tour Tokyo

The AJP will offer a Rules Course prior to the ADGS Tour Tokyo. The event will be led by international referee and Jiu-Jitsu black belt Sada Kurimori at the Ota Gymnasium on July 26, from 7:00pm to 9:30pm. The rules course is open to all and the investment is US$40. Participants will receive educational material and a certificate at the end of the course. More info at ajptour.com.

Final Days to register for AJP events in Azerbaijan and Brazil

The AJP World Tour is getting stronger by the day with new events popping up all over the globe. Two events are in their final days of registration, so athletes should hurry to sign in and compete to add valuable points in the AJP Ranking.

Meanwhile, in Brazil, the Abu Dhabi International Pro – Manaus is also on the final stretch for registrations. Scheduled August 18, the normal registration deadline is July 19 and the final deadline is August 9 (with increased prices). Click here to register now.