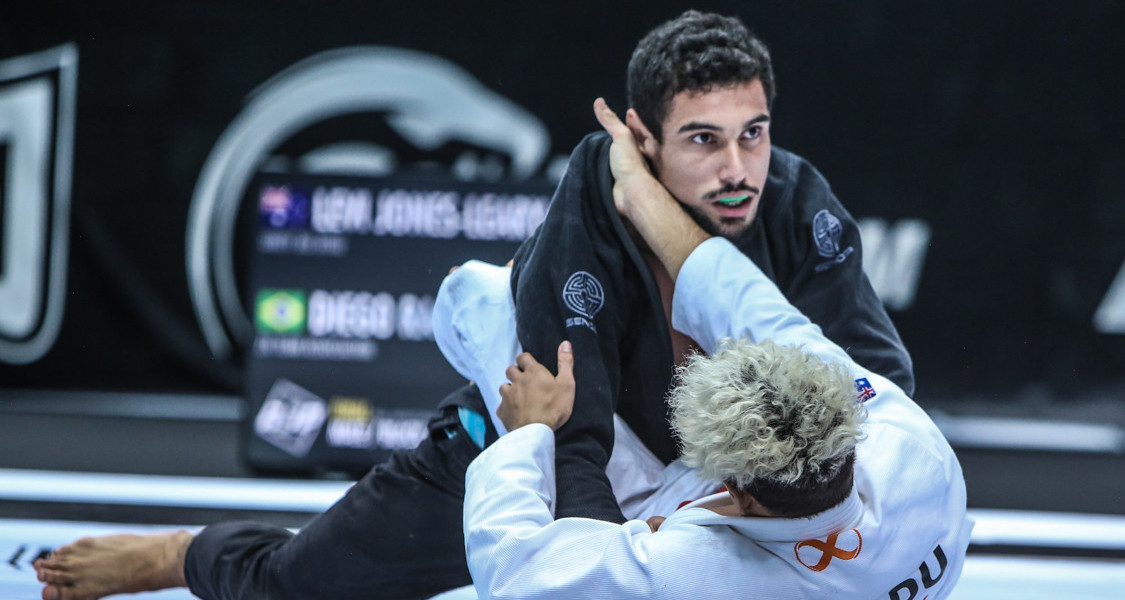 The Abu Dhabi King of Mats is coming to Los Angeles. The groundbreaking event scheduled September 14, at the Azuza Pacific University will feature an eight-men bracket that brings together some of the most accomplished middleweight competitors today. The winner of the bracket in Los Angeles will secure a spot for a chance to compete for the division belt in the future. The names confirmed are:

Isaque Bahiense (Brazil) – An ADWPJJC and ADGS champion, Isaque will be back in the mix to claim for his first title in the Abu Dhabi King of Mats. Bahiense's powerful top game and drive to pursue his goals is a guarantee that his matches are always thrilling as his results put him as one of the names to be watched carefully on the bracket.

Tommy Langaker (Norway) – Langaker wrote his name in history when he won the adult male black belt 77kg division at the 2019 ADWPJJC. He's back in the mix to claim another milestone title in his career. Anyone that has watched him compete knows that he has what it takes to make it to the top of the bracket.

Diego Ramalho (Brazil) - Runner up in the 2018/2019 season adult black belt ranking, Diego started out the 2019/2020 season on fire, winning the 77kg division both at the ADGS Moscow and ADGS Tokyo. He's coming to LA to shine even brighter.

Max Lindblad (Sweden) – The Swedish black belt reached the top of the adult black belt 77kg division at the 2019 ADGS London, beating some of the best in the world. He join the ADKOM bracket to prove that Scandinavia is a true powerhouse in Jiu-Jitsu today.

Manuel Ribamar (Brazil) – Another upcoming talent from Brazil, Ribamar returns to Los Angeles, where he won the 85kg division in the 2018 ADGS. One of the most accomplished competitors in his generation, Ribamar deserves to be acknowledged as a serious contender for the title.

Nathan Mendelsohn (USA) – Fresh out of a gold medal campaign at the ADGS Tokyo, the Claudio França black belt is ready to show the seven other competitors that there's some serious talent coming out of San Jose, California. Mendelsohn's matches are always exciting and fast paced. He is a factor to be considered in the bracket.

Gustavo Batista (Brazil) – The Atos JJ black belt is familiar with winning in California. Winner of the adult black belt 94kg division at the 2018 ADGS LA, Batista will be back to claim his first ADKOM title. Who can doubt he is a true contender?

Marcos Tinoco (Brazil) – A powerhouse in the masters 1 division in the 2018/2019 season, when he won gold medals in all ADGS events and also at the ADWPJJC, Tinoco is coming back to the adult division to show that experience can beat youth.

The Abu Dhabi King of Mats in LA will be the 7th installment of the event and also be a part of the full weekend of Jiu-Jitsu at the Abu Dhabi Grand Slam Tour Los Angeles, on September 14-15. The early registration period for the ADGSLA is August 17. The final deadline is September 6. Sign up now. More info here. Follow the complete coverage on Instagram at @ajptour and @jiujitsuworldmag.

About the Abu Dhabi King of Mats

Launched during the 2018 ADWPJJC, the Abu Dhabi King of Mats introduced a new and very exciting format of competition. Athletes are divided in two groups and they fight each other inside their groups in rounds of two matches. At the end of the group stage, the two athletes with the best campaigns in each group advance to the semifinals to fight for a spot in the final. The event closes with the third place match and final. All matches are six minutes long, which guarantees non-stop action and a high rate of submissions.