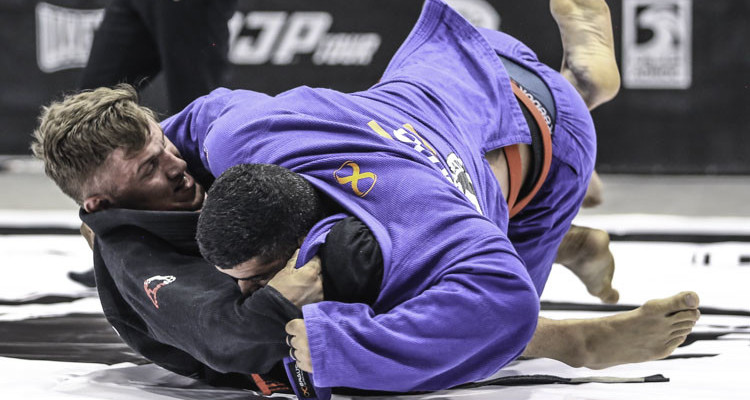 The fourth stop in the 2019/2020 season of the Abu Dhabi Grand Slam Tour lands in Rio de Janeiro this weekend of November 1-3. Once again the state of the art Arena Carioca, at the Olympic Park, will be the setting for some insane action on three days of nonstop matches.

One of the highest points in the annual Jiu-Jitsu calendar in Brazil, the ADGS Rio is the meeting point for talented athletes in all age groups and skill levels. As usual, the black belt division for men and the brown/black belt division for women will be the highlight of the program, with no less than 197 athletes competing. Each division is filled with big names ready to go to war for the ultimate glory of becoming an ADGS Rio champion. Here’s a quick look into who’s competing in each weight class.

49kg – 2019 ADGS Los Angeles champion Brenda Larissa and multiple times ADGS and ADWPJJC champion Mayssa Bastos are on a collision course to settle unfinished business in the final. Sayuri Toledo, Mayara Bravo and Milena Nascimento want to get in the way of the favorites.

55kg –  2019 ADGS Los Angeles champion Ana Rodrigues is back in the game, so is runner up Amal Amjahid. Local talent like Viviane Almeida, Leticia Murakami and Alana Cerqueira also want to make noise in the bracket. Sweden’s Elina Moestan is also a factor to be taken into consideration.

62kg – With 18 athletes, the bracket is loaded with talent.  2019 ADGS Los Angeles champion Luiza Monteiro, ADWPJJC 2X champion Bianca Basílio, ADGS Tokyo champion Hope Douglass are the front runners for the gold medal. Nevertheless, with such a crowded field don’t be surprised if a not so well known name surprises us all.

70kg – After sitting out in Moscow and Tokyo, Thamara Silva went back in the game in Los Angeles to reclaim her ADGS domain. After winning in LA, she wants to stay on top in Rio. Thirteen opponents will work hard to spoil Thamara’s plans, including ADGS Moscow and Tokyo champion Martina Gramenius. As usual with events in Brazil, there’s always the chance of unknown talents coming out of the woodwork to sweep the favorites.

95kg – The ruler of the weight class, Gabrieli Pessanha, who racks up several ADGS gold medals in the past two seasons, will have her hands full like never before. With 10 athletes registered to compete, the heaviest female division became a very tricky terrain to negotiate.

56kg – 2019 ADGS Los Angeles champion Kalel Santos is back to stay on top, but 2018 ADGS Rio champion Bebeto Oliveira will stand his ground to remain the king of Brazil. Jorge Nakamura and Fred Guimarães can also pose a threat to the favorites.

62kg – With 16 athletes registered, the weight class will be lit. 2019 ADGS LA champion and ADWPJJC champion Gabriel de Sousa is back, as well as ADWPJJC and 2018 ADGS Rio champion Hiago George. Other than that, Diego “Pato” Batista dropped down from the 69kg division to add spice up to the bracket. Cleber Fernandes, Jose Tiago and Francisco Jonas Pereira are also names that should be looked at carefully.

69kg – American Isaac Doederlein is the name that stands out on a crowded bracket filled with 37 athletes. It’s another proof of how strong Jiu-Jitsu is in Brazil. There are way to many names that can pose a threat to Isaac. Ariel Tabak, Rafael Mansur and Yago Rodrigues are just three of them.

77kg – 2019 ADGS Moscow and  2019 ADGS Tokyo champion Diego Ramalho wants to climb back to the top of the podium after a second place finish in Los Angeles. Caio Caetano, Yan Paiva, Guilherme Rocha, Luan Alves, Ygor Rodrigues are just some of the 24 obstacles Diego will have to climb over on his way to the top.

85kg - With 26 athletes ready for war, the weight class is a huge question mark. Charles Negromonte, Igor Sousa, Rodrigo Reis and Alexandre Vieira are some of the most well know names. With so much talent in the mix, the outcome of the bracket is anyone’s guess.

94kg – Another crowded weight class, with 19 beasts. Patrick Gaudio, Adam Wardzinski and Jackson Sousa are the safe bets, but Brazil always has a few cards up its sleeves. The amount of talent in the country makes any predictions at the black belt level a tough one to make.

120kg – Even the heaviest division saw a flooding of big names. 2019 ADGS Tokyo champion Gerard Labinski is always a force competing in his adopted country. 2019 ADGS Moscow champion Victor Hugo Marques is another name not to be taken lightly. The other 12 names in the bracket are ready to spring into action and surprise the favorites.