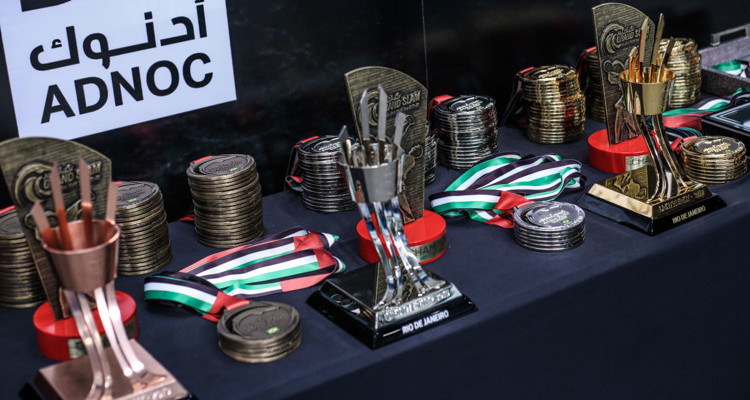 The Abu Dhabi King of Mats will crown three new champions in the lightweight, middleweight and heavyweight divisions. The matches will feature the following competitors:

The special set of rules for the title matches is as follows.

Points will be scored according to the AJP rules book:

Full Mount (Front or Back) - 4 points

Advantages will be scored as 1 point.

Penalties will be scored as 1 point to the opponent.

If a match ends in a tie, an extra 1 minute will be added to the clock.

The first athlete to score a point wins the match.

If no point is scored, victory will be awarded to the athlete that scored the last point during the match.