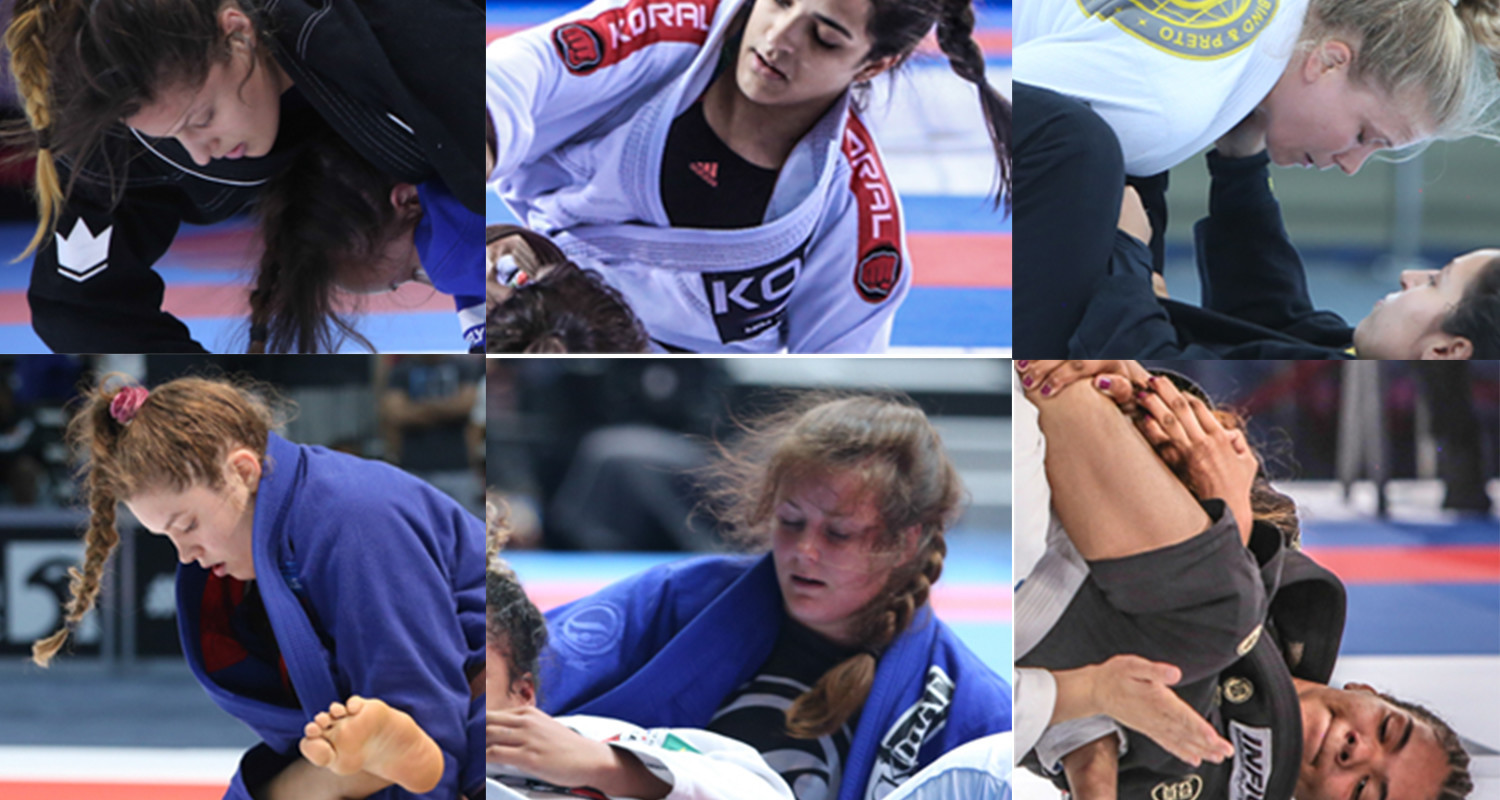 The AJP has officially announced the names of the six competitors who will be part of the Abu Dhabi Queen of Mats heavyweight debut event. The -95kg bracket is scheduled January 17, on day 2 of the Abu Dhabi Grand Slam Tour Abu Dhabi. The roster includes both ADWPJJC champions and ADGS champions in multiple editions. It is the gathering of international stars that will surely offer the crowd at the Mubadala Arena with the highest level of skills and drive. Here's a little more about each of the competitors.

Nathiely de Jesus (Brazil) – A 2X ADWPJJC champion (2016/2017), Nathi is known for her aggressive game both on the bottom and on top. Equipped with long legs, her triangles and armbar attacks are feared by the opposition. Nathiely has all the credentials to be considered one of the favorites in the bracket..

Gabrieli Pessanha (Brazil) – The reigning ADWPJJC champion in the -95kg division, Gabi has been virtually unbeatable in her weight class. The young talent is ready to face the biggest challenge of her career. Known for her pressure game but also very dangerous with her back on the mat, Gabi is on the short list for the crown.

Thamara Ferreira (Brazil) – Since her brown belt days, Thamara has been dominating the -70kg division both in the ADWPJJC and the ADGS. With a very aggressive game, Thamara's presence in the bracket is always a guarantee of exciting matches. Her armbars and triangle attacks are feared by her opponents.

Samantha Cook (United Kingdom) - From the UK, Samantha is one of the biggest talents coming out of Europe in recent days. Known for a highly technical game and an unwillingness to give up on any match, Samantha is always a tough opponent to any competitor. She'll be in Abu Dhabi ready to claim her spot among the best in the game.

Kendall Reusing (United States) – Another young gun ready to explode in the big leagues. Training out of California, Kendall is a powerhouse in the -95kg division. Her duels with Gabi Pessanha in the ADGS tour are memorable. Kendall arrives in the ADQOM bracket ready to capitalize on the opportunity to reach the highest level of performance and results.

Martina Gramenius (Sweden) – Two-time ADGS champion in the 2019/2020 season, with gold medals in the 70kg division in Moscow and Tokyo, Martina is a brown belt ready to battle against the best black belts in the world. Under the guidance of the great Alan “Finfou” Nascimento, she comes to Abu Dhabi to test his highly technical game and his desire to write her name among the legends in the sport.

Follow all the latest news on the AJP Tour on Instagram at @ajptour and @jjwplus. Be a part of the show by posting your experiences on social media using the hashtags #abudhabigrandslam, #adgsad and #ajptour.