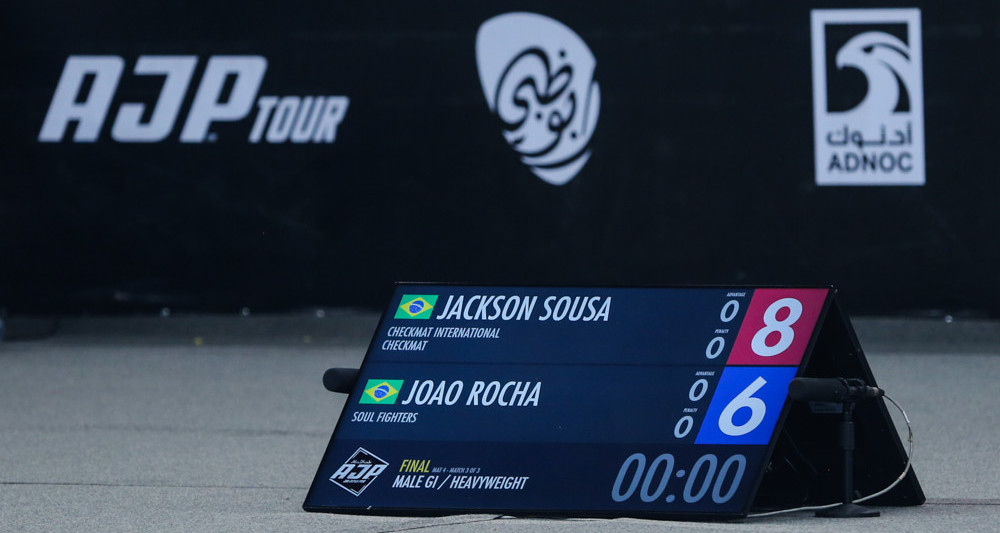 The changes will also be valid for the 2020 Abu Dhabi World Professional Jiu-Jitsu Championship, scheduled April 11-18.

The new scoring system replaces advantages and penalties with points.

From now on, athletes will be awarded 1 (one) point whenever they reach a position previously considered worth an advantage.

In case of penalties, every time an athlete is penalized by the referee, their opponent will be awarded 1 (one) point.

The occasions in which advantages and penalties are signaled remain unaltered according to the AJP Rules Book.

The new style of scoring was first tested in the 2019/2020 season of the AJP Tour, on November 2, at the Abu Dhabi King of Mats super matches in Rio de Janeiro.

At that time, fans, athletes and officials gave an overwhelmingly positive feedback to the new scoring system, which allowed much more movement in the scoreboard and made matches much more active and thrilling.

Starting January 1st 2020, all matches, including finals will be 5 (five) minutes long.

In case of a tie after the normal fight time, the athlete who scored last will be declared the winner.

Matches that end in a 0-0 tie or matches in which athletes only scored points due to penalties to the opponent, there will be an extra minute with golden point (athlete who scores first wins).

In case of a tie after the extra minute, the match will be decided via referee decision.

On brown belt and black belt divisions (Adult and Master 1), the AJP will allow coaches to request one review of score or movement per match using the Falcon Eye video system.

If the review changes the original call by the referee, the coach will keep the right to call for another review during the match.

If the review does not change the original call by the referee, the coach will not have another chance to call for a review during the match.