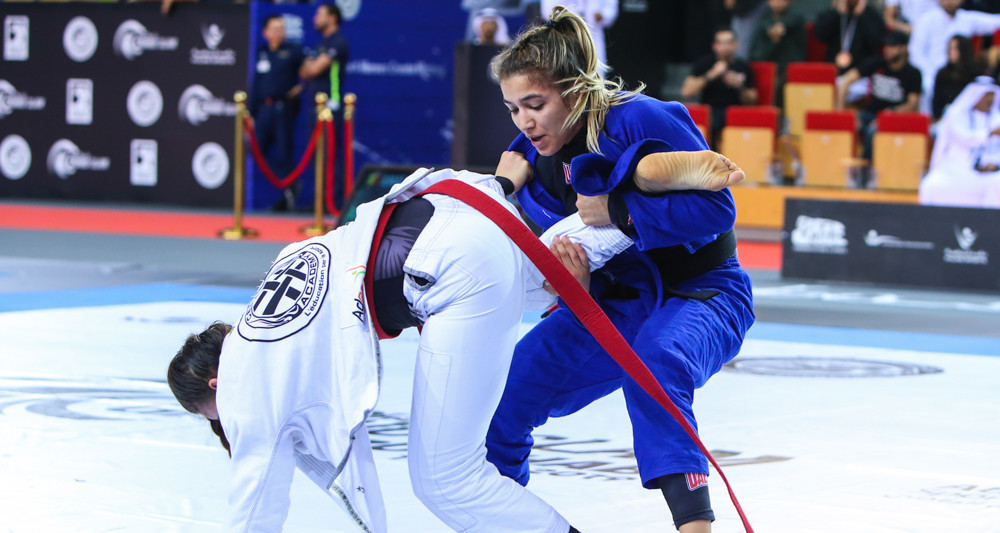 Abu Dhabi Grand Slam London: In talent-stacked 55kg division, Ana Rodrigues is ready to battle for her fourth gold medal in the 2019/2020 season

Since the Abu Dhabi Grand Slam Tour Los Angeles, on September 2019, the 55kg weight class in the adult brown/black belt division has had a ruler. Young and talented Ana Rodrigues took over the highest step of the podium and didn't let go. In London, on March 7-8, she'll be after her fourth gold medal in four straight events. The fact that Ana is in her first year as a black belt makes the feat even more impressive, but she says she's been ready for that moment for a while: “Since I was a purple belt I felt like a black belt. So, when I started competing against black belts in the AJP Tour, I felt right at home.”

The 2019/2020 season has been special for Ana. She exploded in the big league of the AJP Tour and secured her spot among the sport's biggest stars. The outstanding performance she had at the Abu Dhabi Queen of Mats lightweight bracket, in Rio, on November 2019, was a major accomplishment in her campaign. Making the final against seasoned Luiza Monteiro was the definitive proof she has all it takes to go all the way. Despite the great result, Ana was not pleased at all with her performance. She wants more: “I hated my performance at the Abu Dhabi Queen of Mats. I got to the final, but not with the level of performance I wanted. On the other hand, the ADQOM was very important to give me an understanding of my personality as an athlete. I believe that's vital for a better performance. So I can say that I am a much better competitor today than I was at that day.”

In London, Ana will have her hands full as the 55kg division is stacked with big names, including Ana Talita Alencar, Amal Amjahid, Elina Moestan, Vanessa English, among others. Who would doubt Ana will be ready for the challenge? When asked about her approach to Jiu-Jitsu, she is blunt: “I will go out there and achieve what I want. I will make things work by myself.”

The Abu Dhabi Grand Slam Tour London is scheduled March 7-8, at the Copper Box Arena. The final stage of the 2019/2020 season has closed registrations nearly 10 days before the final deadline. The best competitors in the world will be in London to showcase their talents. Follow all the action on Instagram at @ajptour and @jjwplus. Watch the matches live on ajptour.com.