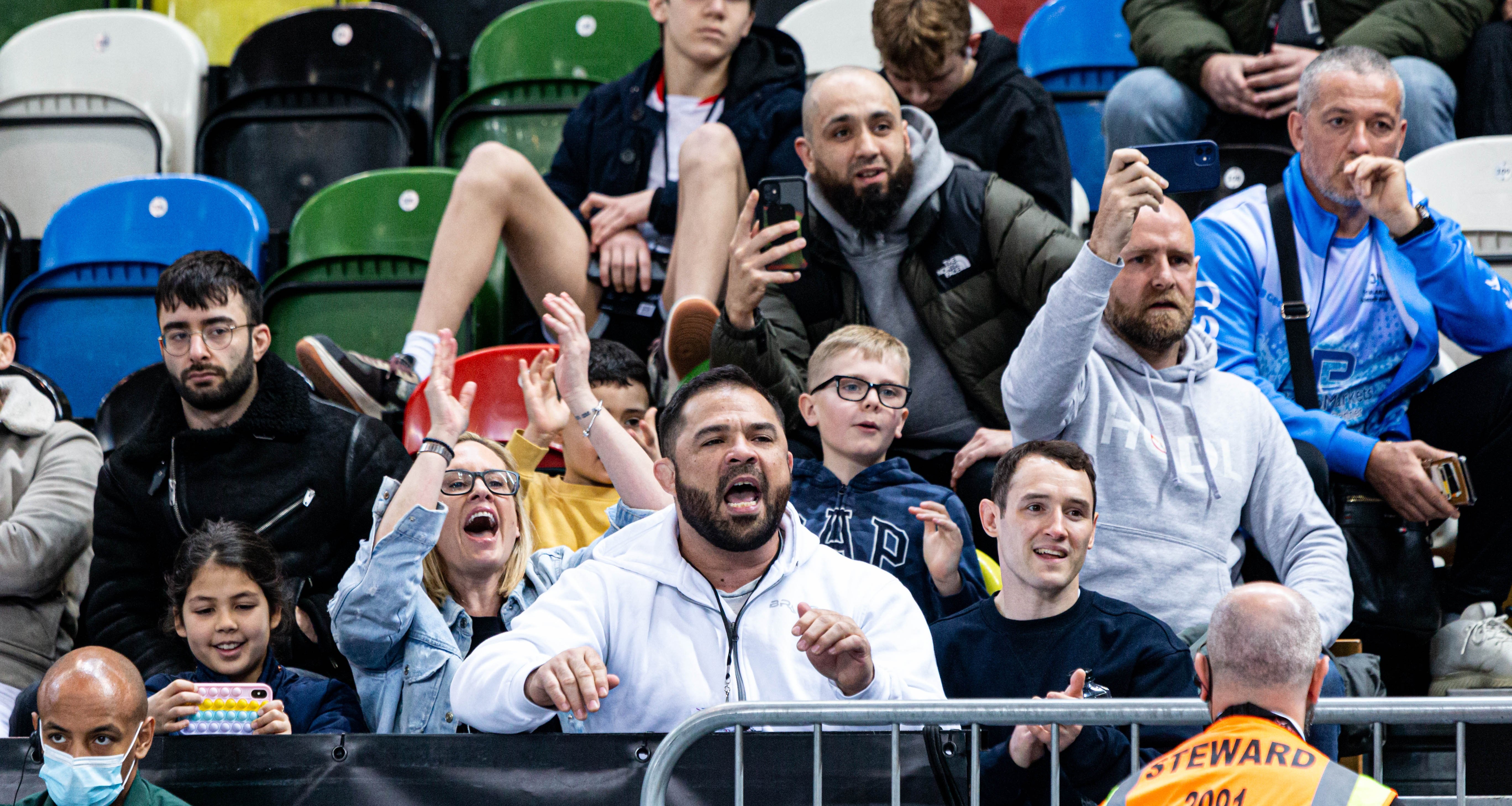 The first day of the fourth tour of Abu Dhabi Grand Slam began on March 19th  in London, one of the most important cities and stops of Abu Dhabi Grand Slam World Tour and it’s the first event taken place at Copper-Box Arena since the Covid-19 pandemic. The registration witnessed a huge number of the excited professional jiu-jitsu athletes to participate in this edition in result, the registration was closed ahead of schedule as it reached to the maximum registration limit of 568 from 46 countries and different international clubs and academies. This shows the enthusiasm of the fighters and their desire for Abu Dhabi Grand Slam London,  in addition to the 10th edition of Abu Dhabi King of Mats for the middle-weight. The fighters were awarded by H.E. Mohammed Salem Al Dhaheri, Vice President of the Emirates Jujitsu Federation, Tarek Al Bahri, General Manager of the Abu Dhabi Jiu-Jitsu Pro with an honourable visit from H.E. Rawdha Al Otaiba, Deputy Head of Mission of the UAE Embassy in London and Police Attache, Lt Col. Abdulrahman Aldhaheri as well as a large number of famous and legends of the game from around the world. The performance of the athletes during the first day’s competitions was very high with great lead of the young champions, the Jiu-Jitsu techniquesused were gained from the regularity of exercises and the continuous participation in AJP tours around the world, which is an important role to empowering athletes to professionalize in the jujitsu sport.