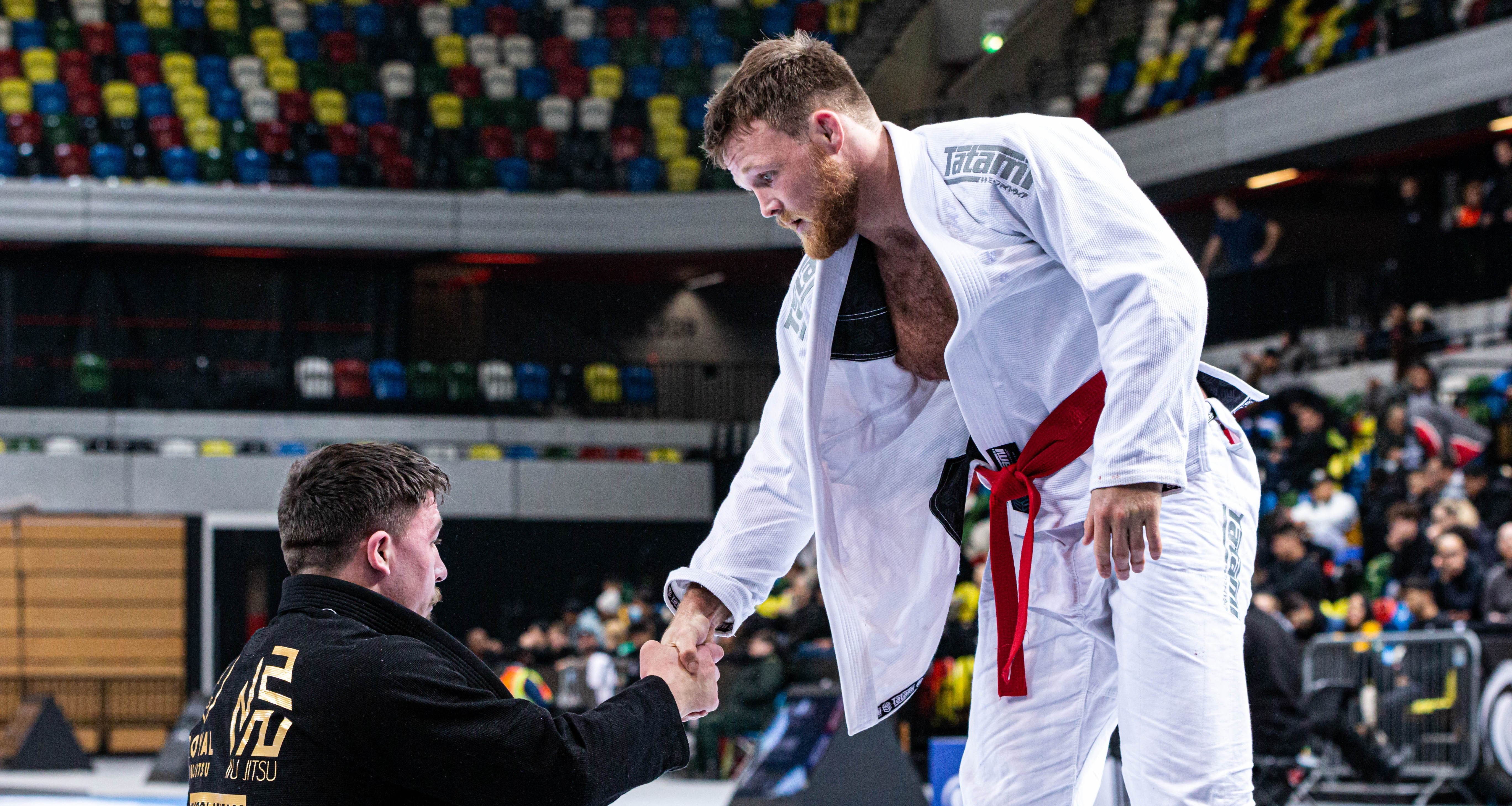 Abu Dhabi Grand Slam Tour London have successfully concluded to be the first event taken place in Copper-Box Arena since the pandemic started in 2020. The second day of the fourth tour of Abu Dhabi Grand Slam began on March 20th , was outstanding with the presence of 563 from top ranked Professional Purple, Brown & Black belts Jiu-Jitsu athletes from 42 countries. Moreover, the arena was occupied with the excited Jiu-Jitsu fans who attended to watch & support their favourite fighters on the mats.

“After two year we returned to Copper-Box Arena opened for public, yesterday we had Abu Dhabi King of Mats and it was amazing to see the new generation and today we had the finals in Black Belts Professional. We look froward to see the fighters who increased their rankings’ points in capital of Jiu-Jitsu and the final destination of ADGS this season in May, 2022” said Rodrigo Valerio, Operation Manager of the Abu Dhabi Jiu-Jitsu Pro.