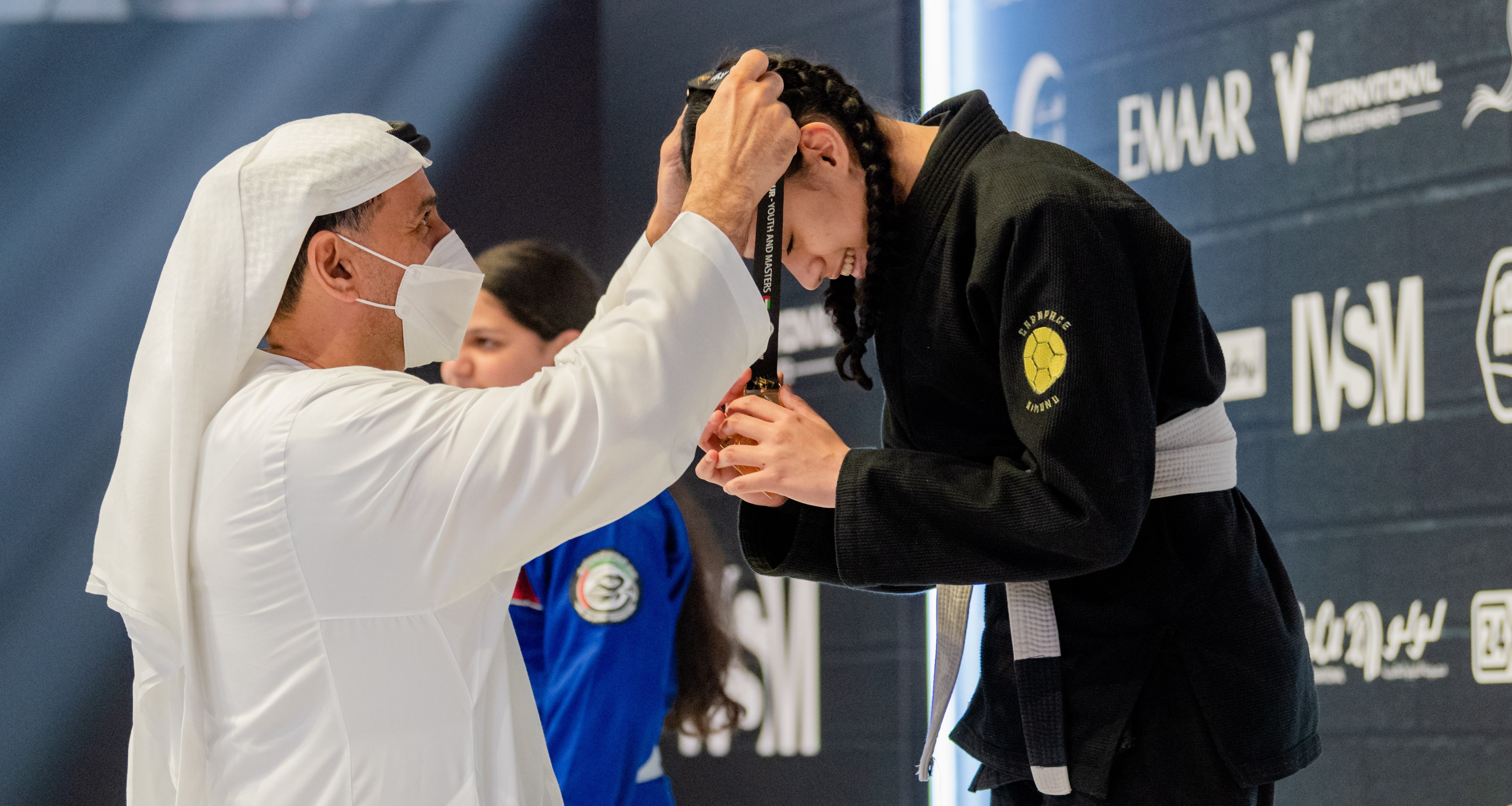 Day 1 of the ADGS Tour brings the best young athletes in the world to the UAE; Yara Nascimento tops competition in the ADQOM Heavyweight

Day 1 of the Abu Dhabi Grand Slam Tour Abu Dhabi was a triumph. For over 10 hours, the best young athletes in the world took over the 5 mats in the Jiu Jitsu Arena. The event crowned champions of various nationalities. The crowd in the stands and those watching at home were pleased with the level of technique displayed and the desire to win in every single match.

After the young talents, it was time for the 4th Edition of the Abu Dhabi Queen of Mats. Six talented athletes in the heavyweight division fought to the end in search of the ultimate glory. Brazil's Yara Nascimento rose to the top in thrilling matches.

Tariq Al Bahersi, General Manager of Abu Dhabi Jiu-Jitsu Pro (AJP), celebrated the event: “Today’s results demonstrate once again that Abu Dhabi Grand Slam tournaments are gaining enormous popularity. We enjoyed large crowds of people cheering on the competitors, but more importantly all the players put on fantastic performances, serving as motivation for them to continue to improve and strive for even better results in the future.”

Also present in the Jiu Jitsu Arena, Mohamed Salem Al Dhaheri, vice president of the UAE Jiu Jitsu Federation (UAEJJF) said: “Today’s competitions saw amazing technical levels and brilliant performances by young men and women who have demonstrated that they are on the right track to achieve an outstanding professional career in the coming years.” Athletes from 42 different countries tested their talents in Abu Dhabi this Friday, May 6, 2022. The event saw competitors born from 2005 to 2011 show that talent and desire to win comes from an early age.

Twelve-year-old Abdul Rahman, a grey belt from Saudi’s BPG Arena Academy, said of the athlete's efforts: “The encouragement of friends and family pushes us to always do our best. I dedicate this victory to them and promise them more. I'm always excited to compete in the Abu Dhabi competitions since they provide a terrific opportunity to compete against top players from across the world.”

Yara Nasciemnto came in the bracket as the favorite to win and she confirmed her status with competence. In four matches, Yara was able to make her game work and beat each opponent with authority. There was no easy match and Yara knew about it before the event.

Initially in Group A, Yara debuted with a tough 4x3 win on points over Rebeca Lima. Yara's second opponent was Thalyta Silva. This time, Nascimento was able to get a sweep in the end to win 2x1.

In the semifinal, Yara had a great challenge in Ingridd Sousa. In a very studied match, Yara managed to reach the end of the match with a 3x2 lead to reach the final.

In Group B, Rafaela Bertolot reached the final with two wins in three matches. She first finished Julia Borcher in Round 1. In her second match, Rafaela was caught in a kneebar by Ingridd Sousa. In the semifinal, Bertolot made it to the final with a 1x0 win over Thalyta Silva.

The final put Yara against Rafaela. The match was fast paced from the beginning and Yara used her size to put pressure and work a collar choke to get the finish. After winning, Yara revealed she was not 100% physically: “I tried to play my usual game, but I have an injury that held me back. In the final, I knew it was time to give it all and win it and that's what I did.” Here's how the bracket played out.

Rafaela finishes Julia with a choke from the back

Ingridd finishes with a knee bar

Yara finishes in the north and south collar choke The Abu Dhabi Grand Slam Tour Abu Dhabi returns this Saturday, May 7, for another full day of matches in the Jiu Jitsu Arena. Day 2 will feature the Masters Division, with athletes born in 1992 and before. The black belt division has big names such as Faisal Al Kitbi, Igor Silva, Renato Cardoso, Osvaldo Moizinho, among others. More info here.

After the seasoned competitors, it's time for the 11th Edition of the Abu Dhabi King of Mats. This time the Lightweight division will take on the mats. The contenders are: Omar Al Fadhili, Isaac Doederlein, Alexssandro Sodré, Lucas Pinheiro, Meyran Alves, Rodnei Junior. More info here.