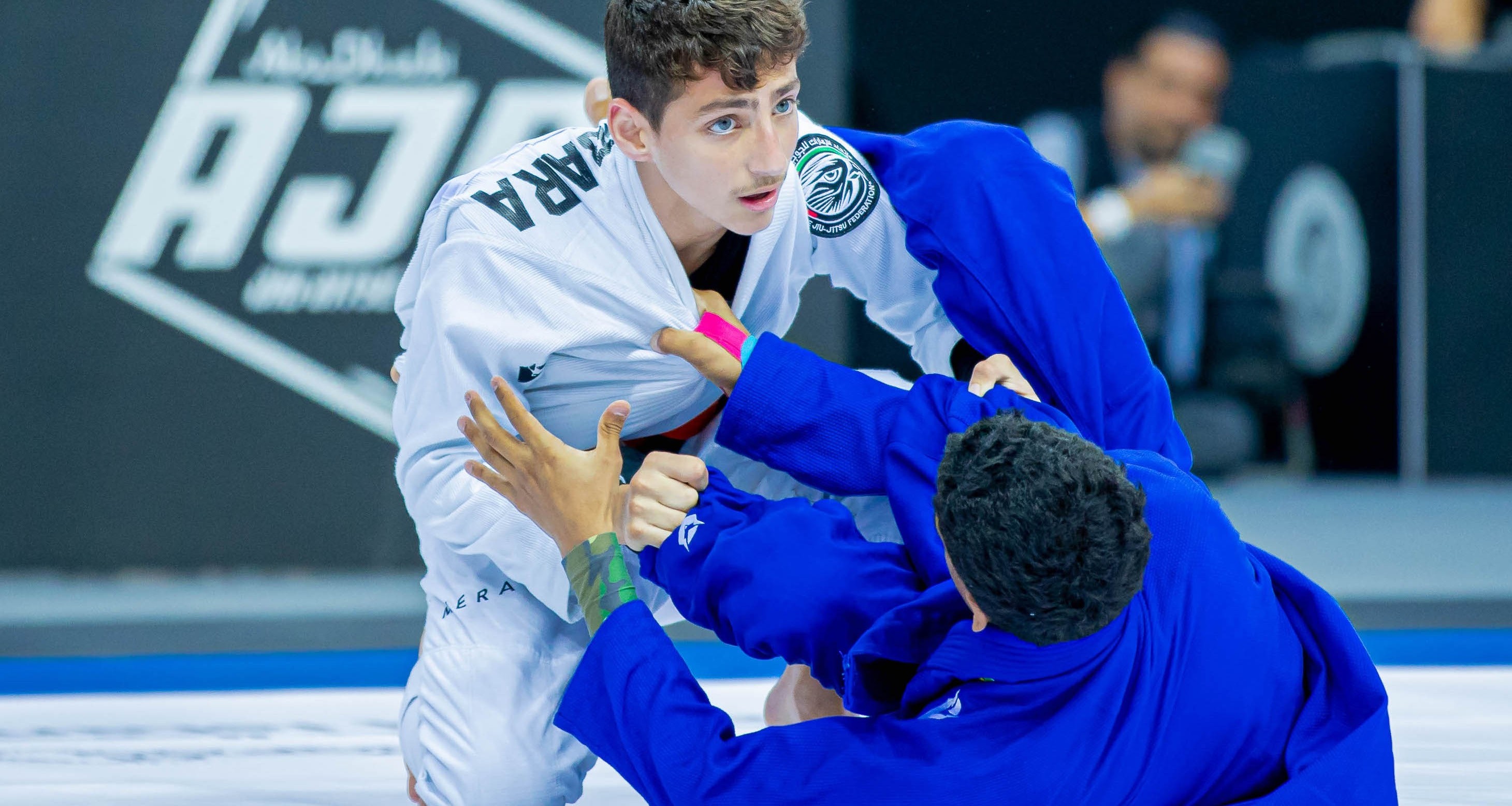 Under the patronage of His Highness Sheikh Mohammed bin Hamad Al Sharqi, Crown Prince of Fujairah. Fujairah International Pro organized by AJP in cooperation with UAE Jiu-Jitsu Federation, kicked off on July 2nd at Zayed Sports Complex in Fujairah with the participation of a group of men and women players from different countries. The championship witnessed the participation of 800 men and women players from 50 countries around the world. The first day’s competitions, which were held on seven mats were distinguished by high performance and distinguished levels of players. A remarkable brilliance of a group of emerging talents, knowing that it was allocated to the Teens, Youth, Master and Professionals categories. They showed high readiness and strong desire ascend to the podium, which contributed to the enjoyment of the fans who gathered in the stands.

The competitions of the first day of the tournament were attended by His Excellency Dr. Thani bin Ahmed Al Zeyoudi, Minister of State for Foreign Trade, H.E Ahmed Hamdan Al Zeyoudi, President of Taekwondo Federation, H.E Mohammad Salem Al Dhaheri, Vice President of UAEJJF, and a number of federation officials and representatives of clubs and academies. Within the framework of the continuous cooperation between the Ministry of Interior and the Jiu-Jitsu Federation, and on the sidelines of the tournament, the Ministry of Interior Child Protection Center organized an awareness workshop on protecting children’s rights and its impact on safeguarding the gains of society, which was attended by a number of officials and administrators in the federation.

The competitions of the second day of the championship resulted in the Commando Group Academy won the first place, while the A.F.N.T Academy took the second place and Sharjah Self-Defense Sports ranked third.

His Excellency Dr. Thani bin Ahmed Al Zeyoudi, Minister of State for Foreign Trade, received two commemorative shields from the Jiu-Jitsu Federation and the Fujairah Martial Arts Club, in return for his constant support for Jiu-Jitsu and other martial arts tournaments, and his contribution to highlighting the country’s global leadership in this type of growing popularity of sports. His Excellency said that the UAE continues to excel and consolidate its position as the home of Jiu-Jitsu, and perhaps the scene that was painted today at the Zayed Sports Complex and the great public interaction with competitions is the best evidence of our country's excellence in hosting and organizing the largest sports events and championships. His Excellency praised the role of AJP and its tireless efforts in expanding the spread of Jiu-Jitsu and allowing the participation of the largest possible number of sports enthusiasts throughout the country. Noting that the future looks brighter.

Mohammed Salem Al Dhaheri, Vice-President of the Jiu-Jitsu Federation, on behalf of the Federation’s Board of Directors, extended his sincere thanks and appreciation to His Highness Sheikh Mohammed bin Hamad Al Sharqi, Crown Prince of Fujairah, for the great support and interest that His Highness attaches to the sport of Jiu-Jitsu, which was the greatest guarantee for the success of the tournament and the achievement of its goals, noting Supporting the rational leadership of the game is the main pillar of the country's global leadership in this sport. He valued the distinguished hosting provided by the Zayed Sports Complex for this important event, stressing that this great sports edifice makes the tournament an important station in the major international stations that attract stars from different countries of the world. He said: The organization of the tournament in Fujairah reflects the efforts of the federation to expand the spread of sports and the base of practitioners in all the emirates of the country, and that the great turnout witnessed in the current version of the tournament was expected, given the good efforts made by officials thanks to the directives of His Highness Sheikh Mohammed bin Hamad Al Sharqi and the Crown Prince. Fujairah era. Al Dhaheri explained that the Fujairah International Pro is an important station in the agenda of AJP and UAEJJF, and this is evidenced by its continuous development and remarkable success in terms of organization and high professionalism, and the keenness of clubs and academies to leave an influential imprint by participating in it with hundreds players from all over the world.

In turn, H.E Ahmed Hamdan Al Zeyoudi, President of the Taekwondo Federation, said that the atmosphere of the tournament and the size of participation in it at the level of players and countries reflect the importance of this tour, which is considered one of the most prominent Jiu-Jitsu championships in the Fujairah and the region. Fujairah International Pro witnessed a new era of cooperation between the Abu Dhabi National Oil Company (ADNOC) and the Jiu-Jitsu Federation to support athletes and enhance the pres