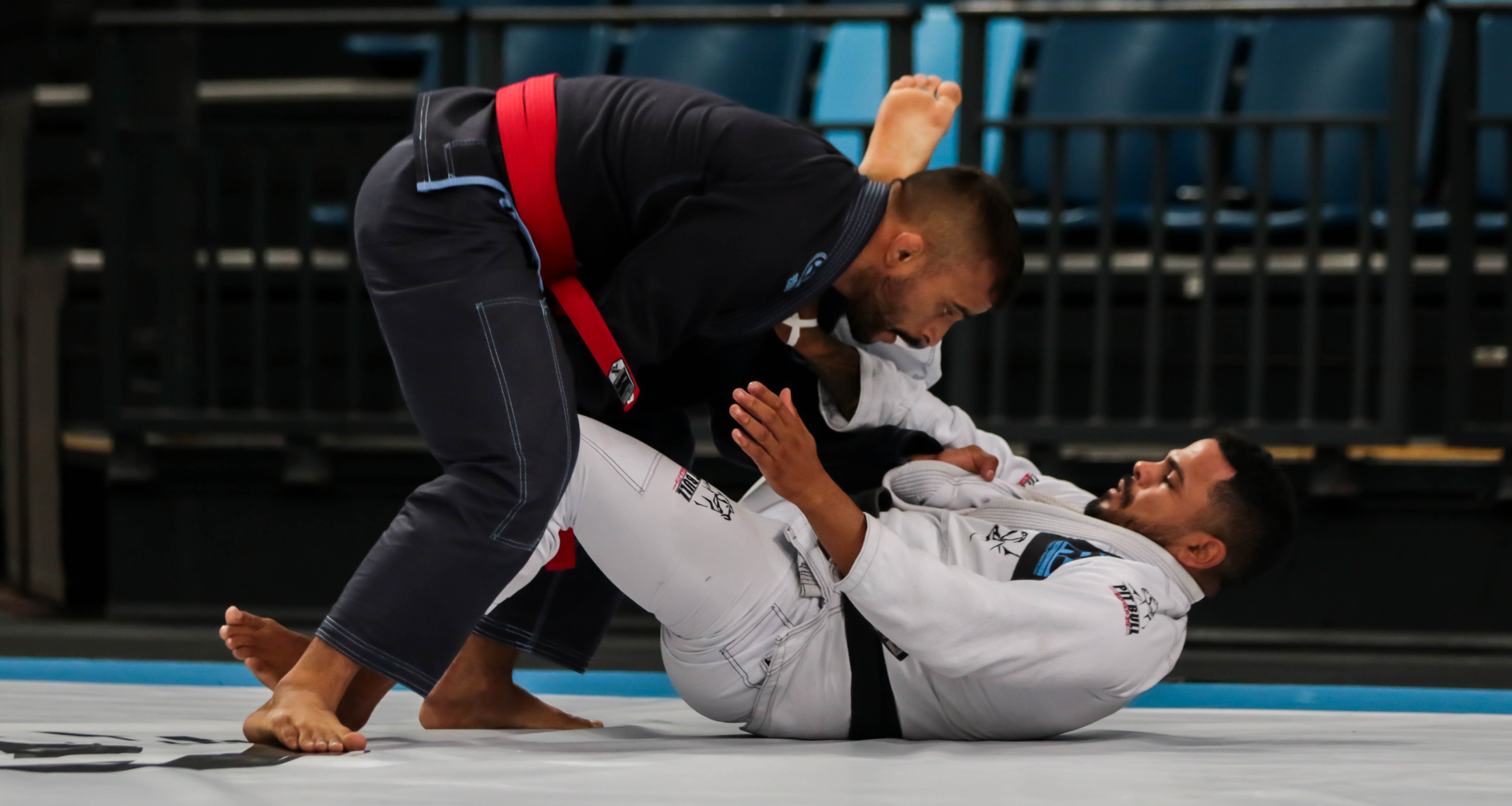 The 2022/2023 Season of the Abu Dhabi Grand Slam Tour is on! Day 1 of the ADGS Rio took place this Friday, July 29, 2022 at the Arena Carioca 1, in the Olympic Park. Hundreds of athletes in the masters division took on the mats for a thrilling first of three days of thrills.

At the end of the day, the champions were crowned in the purple, brown and black belt, from the Master 1 to Master 4 divisions. The crowd on the stands and all of those watching live on ajptour.tv were treated to exciting matches all day long.

Competitors gave their best in each match in search of the ultimate glory of becoming an ADGS Rio champion and also earning 3000 points in the AJP ranking. Here are the champions in each division.

Light-featherweight (-56kg) – Cassio Monteiro had to fight three times to secure the gold medal. He first beat José Robson 4-0, then beat Jorge Nakamura 6-5 in a close match. The final was against Domingos Sávio and a choke from the back meant the gold medal for Cassio. Featherweight (-62kg) – One of the most accomplished competitors in the tour, Gabriel Moraes did it again in three matches. He first beat Andrey Andrade 12-0 and met with Ivaniel Oliveira in the semifinal. A 2-0 took Gabriel to the final. The gold medal came in a tough matchup with Douglas Silva where a 2-0 lead meant victory.

Lightweight (-69kg) – In a crowded bracket with 13 tough guys, Rafael Mansur needed three matches to secure the gold medal. He first defeated Douglas Duarte 1-0 and then finished Rafael Costa. In the final, a 5-2 lead over the always competitive Thiago Marques meant Rafael could celebrate the title. Welterweight (-77kg) – With 17 men on the bracket, Adriano Araujo knew he had a tough task ahead of him. Despite that, he made it to the gold medal in four matches. He debuted with a 7-0 win over Andre Souza and moved on to beat Sandro Viera for scoring last in a 2-2 tie. In the semifinal, Adriano overcame Pedro Neto also for scoring last in a 5-5 tie. The final put Caio Cipriano in Adriano's way and a narrow 5-4 lead meant victory.

Middleweight (-85kg) – Fernando Rocha had to climb a tough mountain made of 21 competitors. He did it in four matches. First he beat Sandro Testa 8-0, then he finished Mariano Bezerra. In the semifinal, Rocha also finished Argentina's Franco Marini. The final obstacle was against Luan Alves in the final, where an imposing performance meant a 6-1 lead and the gold medal. Light-Heavyweight (-94kg) – Imagine having to beat four monsters in a row. That was Eduardo Inojosa's day this Friday. On his way to the gold medal, he beat Victor Bonfim 1-0, outscored Cauê Rodrigues 8-0 and defeated Ives Sacramento 2-0. The final was even tougher, but Inojosa managed a 1-0 lead over Marcelo Oliveira to become the champion.

Super-Heavyweight (-120kg) - Igor Silva is always a crowd favorite. In Rio, he once again pleased the people on the stands with three matches for the books. He beat Alex Soares by decision, outscored Thiago dos Santos 7-0 and made it to the final. The gold medal came with a beautiful armbar on Felipe Bezerra for the title. Champions in the black belt division deserve the crowd's cheer

The black belt division featured a lot more thrills for Jiu Jitsu fans in the Master 2, 3 and 4 age categories. Seasoned competitors gave their all for the honor of stepping on the highest step of the podium. Here are those who made it all the way.

The Abu Dhabi Grand Slam Tour Rio returns this Saturday, July 30, for Day 2. It will be time for the Professional Division. The best purple belts and the best brown belts in the world will compete for the gold medals. Click here for the complete results of day 1. Watch all matches live on ajptour.tv. Follow the complete coverage on our Instagram.