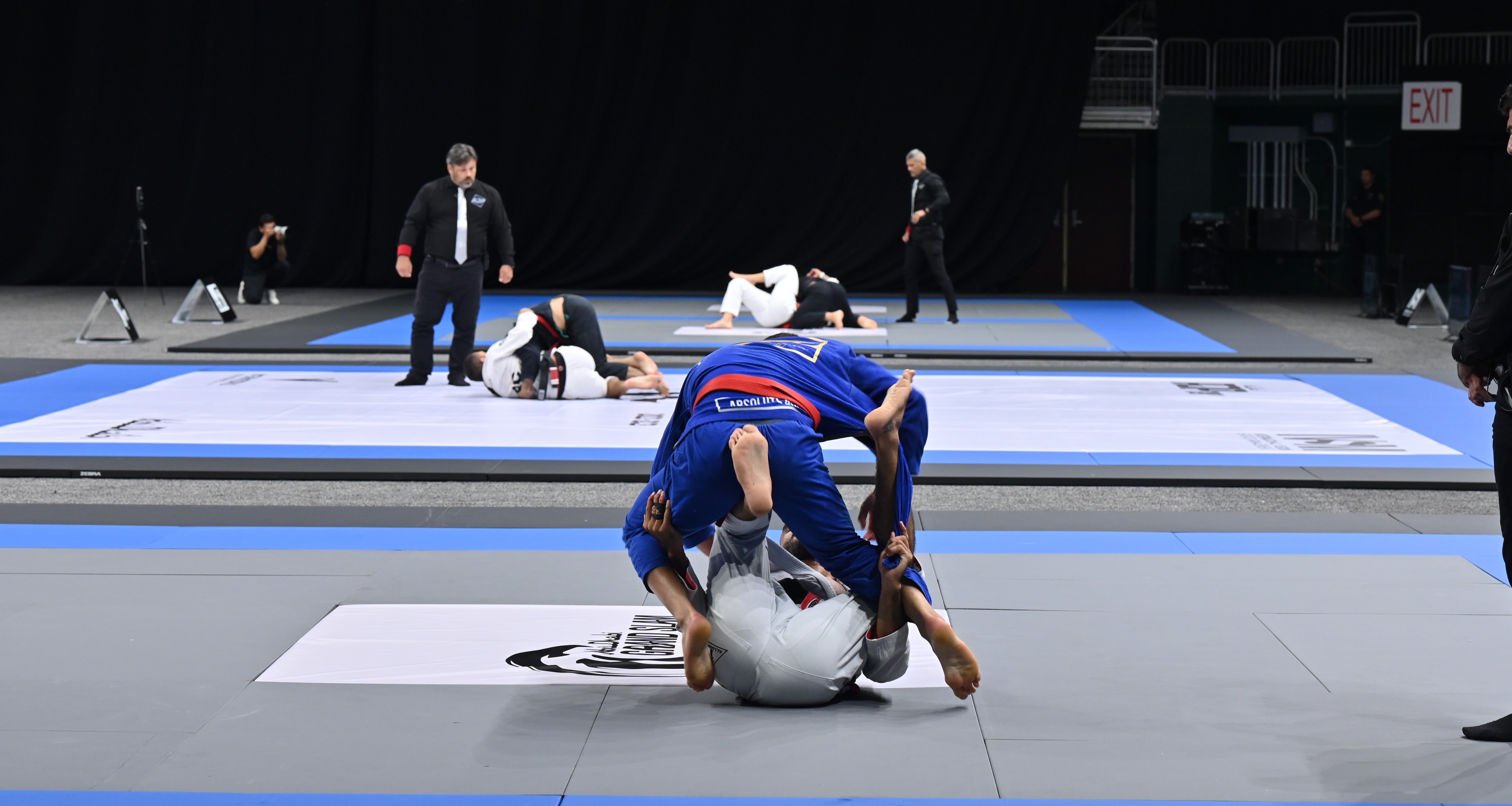 Abu Dhabi Grand Slam Miami: Miyao, Moizinho, Tinoco, among others, run the show in the Masters Division on the first day of a weekend of Jiu-Jitsu in Florida

The Masters Division was the first on the mats of the Abu Dhabi Grand Slam Miami, this Saturday, August 27, 2022. Hundreds of athletes took to the mats at the Watsco Center, in Florida's most famous city.

Day 1 of the ADGS Miami was the stage for experienced competitors in the purple belt, brown belt and black belt. The crowd on the stands and those watching online at ajptour.tv were not disappointed by the level of Jiu Jitsu witnessed on the mats.

At the end of the day, champions were crowned in each weight class from the Master 1 to the Master 4 division, both in the male and female brackets. The ADGS Miami had the VIP presence of Mr Omar Mohamed Karmastaji, Vice President of ADNOC Group General Services. Mr Omar took part in the medal ceremonies.

Brazil's Marcos Tinoco competed and won the Master 1 black belt middleweight division in his first appearance in the 2022/2023 season. Tinoco talked about the thrills he experienced: “I could not go to Brazil to compete at the ADGS Rio, last July, but made sure to come here. Everything worked well and I won my division. I want to be ready for the ADWPJJC, in November.”

The Master 1 black belt division was the one responsible for the biggest thrills of day 1 in Miami. Here's how each weight class played out until the champion was crowned. Light-featherweight (-56kg) – João Pedro Rodrigues fought twice to reach the top of the podium. He first beat American Justin Ordinário by referee decision to make it to the final. The gold medal came with a 5-0 lead over Marko Oikarainen, from Finland.

Featherweight (-62kg) – João Miyao had two appearances on the mats to secure the gold medal. He finished Carlos Alvarez, from Colombia, after building a 7-0 lead. In the final, an armlock on Washington de Lima meant the title for Miyao.

Lightweight (-69kg) – Osvaldo Moizinho made his way to the gold medal with two wins in two matches. First, he beat the USA's Suraj Budham 7-0 and in the gold medal match the title came with a narrow 3-2 lead over Italo Lins.

Welterweight (77kg) – In the most crowded bracket, Lucas Gomes fought three times on his gold medal campaign. He beat Leo Saggioro by referee decision and then beat Cesar Miyahira for scoring last in a 3-3 tie. In the gold medal match, Gomes beat Pedro Neto 6-5 in a tough encounter.

Light-heavyweight (-94kg) – Three matches for Gabriel Almeida on his way to the gold medal. He submitted the USA's José Pita and then beat Eduardo Inojosa by referee decision. In the final, Almeida was able to build a 3-0 lead over Delson Raimundo to take the gold medal home.

Super-heavyweight (-120kg) – Ricardo Evangelista fought three times to become the champion. He debuted against Helton Junior, with a win by decision. In the semifinal, he beat Fernando Tushima 2-0 to secure a spot in the gold medal match. Herico Pinto was the final obstacle and a 1-0 lead gave Evangelista the title. Heavyweight (-95kg) – Mayara Custódio had to enter the mats two times to secure the gold medal. She beat Desiree Favoreto 2-1 and then finished Marcia Palomba to become the champion. Here are the champions in the purple belt and the brown belt Master Division.

Day 2 of the Abu Dhabi Grand Slam Miami will welcome the aces of the Professional Division, this Sunday, August 28, 2022. The fights kick off at 11:00AM, local time. Jiu-Jitsu fans can watch all the action at ajptour.tv. Follow the coverage on our social media. Find the complete results and more info at ajptour.com.