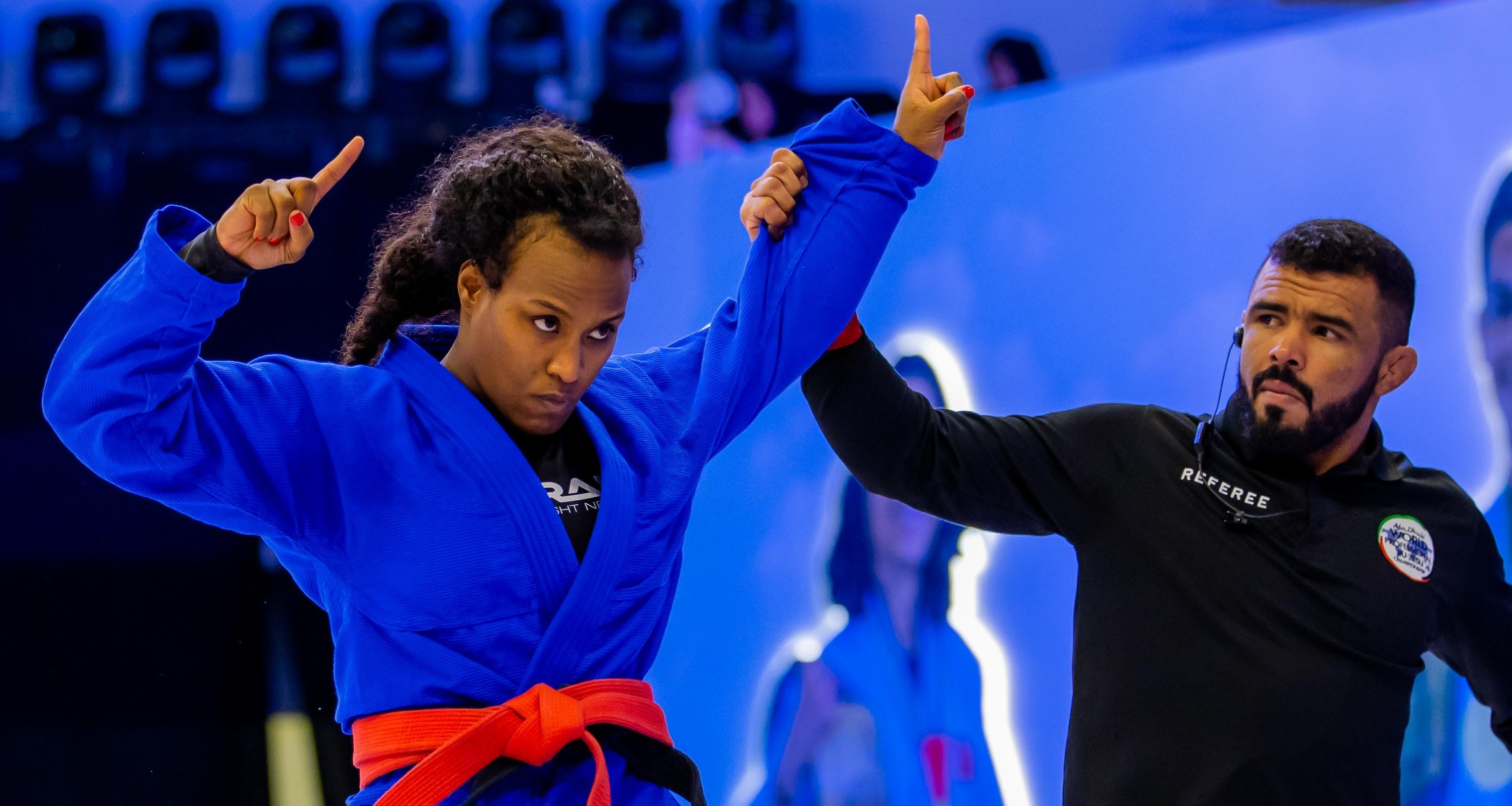 As the sport keeps growing, more countries reach the spotlight at the closing day of the tournament

The Abu Dhabi World Masters Jiu-Jitsu Championship 2022 reached its second day this Wednesday, November 16th. After two days of great battles in the 11 fight areas of the Jiu-Jitsu Arena, this year's Master champions have finally risen to their spots on the podium. And the results only confirm how widespread Jiu-Jitsu has become.

On the men's side, Alan "Finfou" Nascimento is the highlight. Naturalized in Sweden, where he currently lives, the Brazilian-born athlete went straight to the main bracket of the competition, landing in the tricky 77kg division. On his path to the gold, the score reflected Alan's tournament experience, with all four victories coming by points. In the final round, the Brazilian Rafael Mansur gave Alan a run for his money in a very balanced match, with the latter coming out on top because of an early point.

As for the female category, the highlight goes to the tireless Yasmira Dias.  Representing Guinea-Bissau and currently living in Portugal, the athlete submitted both her opponents to become the champion of the 95kg division. It is worth noting that Yasmira will be competing again shortly, as the athlete is also scheduled to participate in the Adult category, at the ADWPJJC2022.