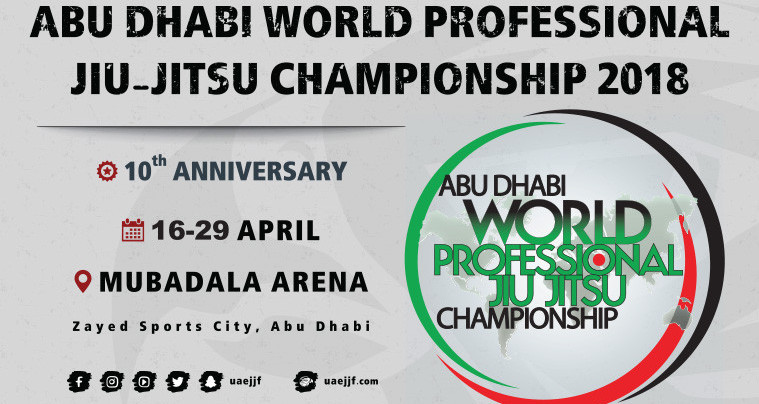 New sports, cultural and recreation events on the sidelines of the Championship

This international event will be accompanied by special initiatives marking the Championship’s 10th anniversary, including Abu Dhabi World Jiu Jitsu Festival, Jiu-Jitsu U-18 World Championship and Abu Dhabi World Professional Jiu-Jitsu Championship featuring renowned world champions in different categories, in addition to the world class events to be held on the sidelines of the Championship to provide an experience to remember to the community in general and the families in particular.

The organizing committee stated that the Championship will celebrate the Year of Zayed initiative with tribute to the 100th birthday of the late Sheikh Zayed bin Sultan Al Nahyan, founder of the United Arab Emirates. In this respect, various community initiatives are to be organized in cooperation with stakeholders from the public and private sectors, along with several sports, health, educational and awareness activities and workshops.

As far as promotion is concerned, the organizing committee mentioned that the Championship will be preceded by activations across the UAE to raise awareness about this sport and the associated values and ethics, such as discipline, courage, patience, endurance, team spirit, timely and appropriate decision-making and loyalty in the aim to contribute to Building a Strong Generation, which has always been the Federation’s strategic objective.

It was also revealed that the Federation’s new 5-year strategy will be announced during the Championship, together with the objectives to be achieved, as the previous strategy has seen significant success reaching remarkable milestones in terms of promoting and raising awareness about this sport, making outstanding continental and international achievements and paving the way for renowned champions.