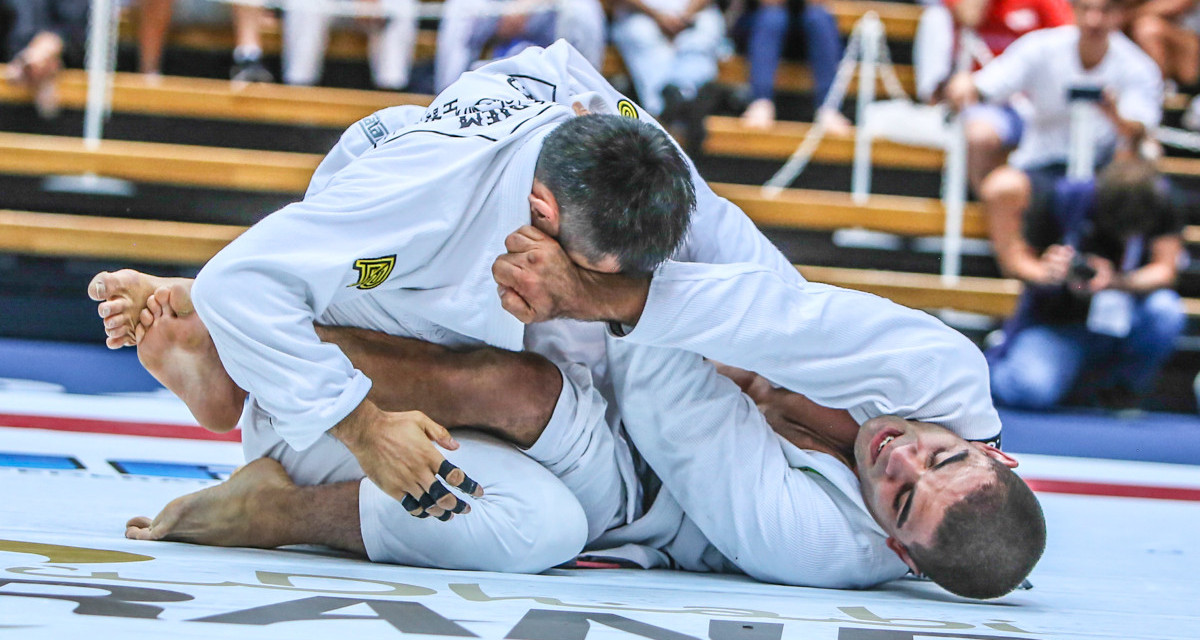 A brand new venue to open a brand new year. The 2018/2019 season of the Abu Dhabi Grand Slam Jiu-Jitsu World Tour was up to a good start this Sunday, July 29, in Tokyo, Japan. The crowd that packed the stands at the Ota Center General Gymnasium was treated to unparalleled thrills in the largest Abu Dhabi Grand Slam event in Japan so far. More than 700 athletes of all belts and age groups gave their best to achieve their goals and walk out with the much desired gold medals and also a good share of over US$ 120,000 in prizes. The black belt division, both for adult athletes and masters, was the main center of attention for all of those who came to watch in loco as well as those who watched live on TV or over the internet. After a full day of matches, here are the final results of each weight class in the adult black belt division.

56kg – In a single match between two countrymen, Japan's Nobuhiro Sawada beat Massaki Todokoro 1-0 on advantages after a very close and tough match.

62kg – Tomoyuki Hashimoto caught Brazil's João Gabriel Batista early in a triangle in the final, but the Brazilian was able to escape after a long struggle. Nevertheless, the advantage for the triangle was the edge Hashimoto needed to win the gold medal. Before the final, Hashimoto finished Yuto Hirao in his first match of the day.

69kg – In a single match, Australia's Lee Ting beat Brazil's Marcio Medeiros with a 8-0 lead that secured him the gold medal.

77kg – Diego Ramalho had a long way to the title. In four matches, he first beat South Korea's Inseong Jang 2-0, then repeated the score against Canadian Jacob Mackenzie to meet and finish Japan's Yuji Okamoto in the semifinal. The gold medal match was a close affair, with Ramalho and Kleber Koike fighting to the very end. A narrow 1-0 lead on advantages allowed Ramalho to take the title home.

85kg – The USA also had one champion crowned in DJ Jackson. The black belt fought three times this Sunday, first finishing Japan's Takagi Shota with and armbar and then also getting the tap against Alan Fidelis. In the final, Jackson worked his top game to outscore Great Britain's Bradley Hill with a takedown and a guard pass to build a 5-0 lead.

94kg – Rudson Mateus was another champion to enter the mat three times. He debuted against Germany's Nicolas Penzer, beat by a 9-2 final score. Then he finished Anton Minenko with a armbar from the 50/50 guard and met up with Arya Esfandmaz in the final. The Brazilian black belt imposed his game on Arya to build a 9-0 lead and take the gold medal home.

110kg – In two matches, Guttemberg Pereira was able to dominate the mat and finish Wanderson Amakawa twice to claim the title. The armlock was the weapon of choice both times for Pereira.

55kg – Another reigning ADWPJJC champion, now a black belt, Amal Anjahid kept no prisoners in Tokyo. In two matches, she first finished South Korea's Eummi Lee with a lapel choke from side control and then caught Livia Gluchowska with a foot lock to continue to reign supreme in the division.

70kg – Samantha Cook and Claudia were the favorites to be in the final and both made it there. Do Val beat Meagan Evans 2-0 and Priscilla Cerqueira by decision to reach the gold medal match. Cook caught Caroline Marciano with a choke from the back. In the final, after a very close match, the referees decided in favor of Cook following a 0-0 tie on points.

90kg – Gabrieli Pessanha is another upcoming talent that deserves attention. In two matches, she paved her way to the gold medal with imposing performances. She first beat Jessica Andrade 17-2 and then outscored Shantelle Thompson 14-0.

The match was way closer than most of the crowd expected. Two times Legends champion Vitor Shaolin had to work really hard to beat a very tough opponent in Japan's Daisuke Shiraki. The Japanese black belt started out in full speed to quickly reach Shaolin's half guard and score an advantage. With all the experience acquired in decades of training and competing, Shaolin put the breaks on Shiraki's enthusiasm and found the strength to attack a cross choke from the closed guard to score an advantage and secure the win by one penalty. The crowd was pleased with the show put by both fighters.

After all was said and done, the teams received the trophies for the collective results of its athletes. The podium was formed as follows:

The complete results for the Abu Dhabi Grand Slam Tokyo are here.

The Abu Dhabi Grand Slam Jiu-Jitsu World Tour will be back in less than two months. The second leg of the 2018/2019 season is already schedule September 22, in Los Angeles, USA. The registration is already open for athletes of all nationalities. Secure your spot now. Click here to register.