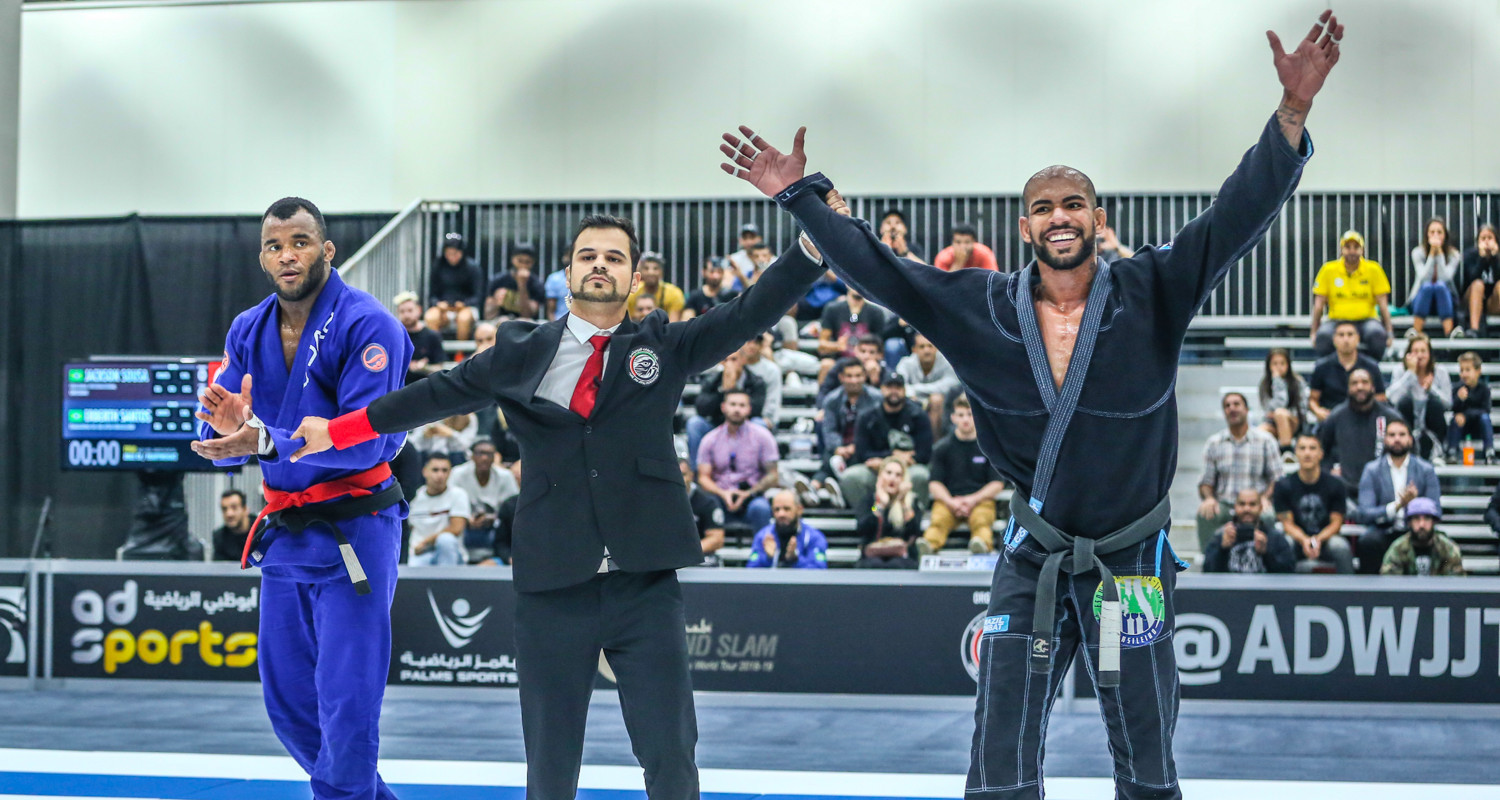 Erberth Santos was the name of the event at the Abu Dhabi Grand Slam Los Angeles, on September 22-23. The Brazilian black belt had a flawless performance to win both the 110kg division at the ADGS and the Abu Dhabi King of Mats Heavyweight GP. Erberth had to face some of the most dangerous opponents in the game today. He talked about how he managed to keep such a high level of performance: “I think the right word for it is focus. I try to be as focused as possible in my goals. That weekend I did what I am used to, which is to fight without holding anything back. I can honestly say that the high performance is the result of the drive to fulfill the goal of being the champion.”

Erberth is now focusing on the next challenge, which will be the Abu Dhabi Grand Slam Rio de Janeiro, scheduled November 16-18, at the Arena Carioca 1. He is already registered to compete in the 110kg division and hopes to achieve the same results as he did in LA. Fighting in his home country, Erberth knows he'll have to deal with people rooting for him and people rooting against him. He tells us how he deals with that: “I am very happy to receive appraisal from the fans and from all the people that enjoy my work. For those who don't like me, all I can say it that it's part of life. I will never pretend to be what I am not.”

The 2018/2019 season of the Abu Dhabi Grand Slam Jiu-Jitsu World Tour lands in Brazil on November 16-18. The registration deadline is November 9 and the event is open to all ages and nationalities. The ADGS Rio will offer a total cash prize of $120,000. Register now at https://events.uaejjf.org/en/event/113.