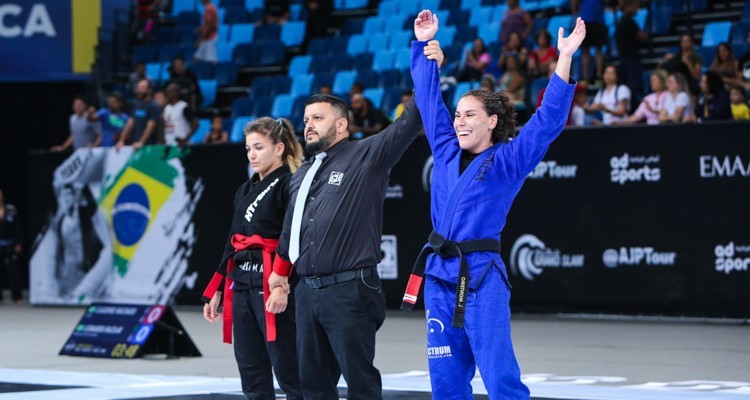 The AJP has released the brackets for all divisions of the upcoming Abu Dhabi Grand Slam Tour Rio. The event is scheduled December 5-6, at the Arena Carioca 1.

The schedule for the event puts purple belts and brown belts competing on Saturday, December 5.

The black belt division for adults and masters 1 and 2 will go down on Sunday, December 6.

Here are the ones fans should look for:

AJP offers Rules Course prior to the ADGS Rio

The AJP is offering an in-site rules course prior to the ADGS Rio.

The course will be offered in Portuguese only at the Arena Carioca 1.

Those interested have two options to attend the course.

The first option is Wednesday, December 2, from 5pm to 9pm.

The second option is Thursday, December 3, from 10am to 2pm.

The course will be taught by Master Julio Cesar Pereira (Red and Black belt).

Click here for more info and to register until December 2.