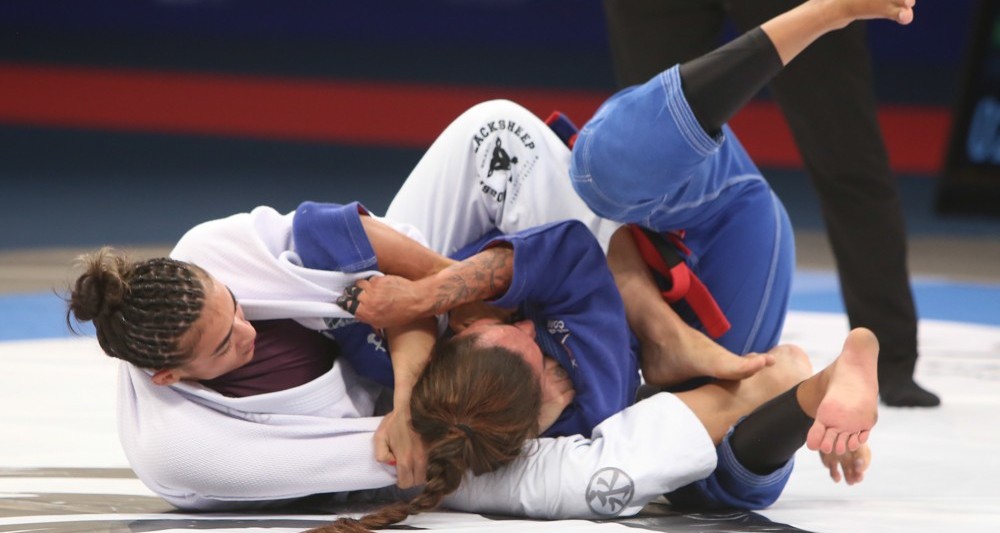 What a season it was! For both good and bad, the 2020/2021 season of the Abu Dhabi Grand Slam will be one to be remembered for ages. The Covid-19 pandemic made every step of the journey 10 times more difficult. Only through the hard work and the dedication of the AJP Team, we were able to complete the schedule of competitions.

The grand finale could not have happened in a more suiting venue. The Jiu Jitsu Arena, in Abu Dhabi, welcomed athletes, officials, coaches, referees and all of those needed to make the Abu Dhabi Grand Slam a success. During the two days of competitions, we have all experienced the relief and the joy of a job well done and a mission accomplished, despite all odds.

Safety was the number one priority. The AJP spared nothing to create a bubble of health that made sure no transmission would occur. Athletes, media members, referees, etc were tested on a daily basis since their arrival in Abu Dhabi. In the venue, social distancing and hygiene measures were in place to keep everyone safe.

Featherweight (-62kg) – Hiago George took the hard way to the gold medal. He first beat Pablo Dutra 1-0 in a tough match. The semifinal put Hiago against the division ranking leader Lucas Pinheiro and another 1-0 lead took George to the final. Old rival Diego Batista was waiting and a chess match ensued. A 3-2 lead was enough for Hiago to celebrate the title. Lightweight (-69kg) – Leonardo Saggioro means business. At 32, he fears no young gun and proved that this Saturday, in four matches. His way to the gold medal begun with a rear naked choke on Mauricio Ospina. Then he beat Daniel Vieira by referee decision and finished Gustavo Azevedo. In the final, Saggioro used up his experience to beat Israel Sousa 3-2 and secure the gold medal and the top of the division ranking in the season.

Welterweight (-77kg) – The only way to become the favorite is beating the favorite. Luiz Paulo Medeiros did just that. After beating André Cantanhede 4-0 and Tiago Bravo by medical stoppage, he faced ADWPJJC and ADGS champion Espen Mathiesen in the semifinals. A choke from the back was Luiz Paulo's passport to the gold medal match. A 3-2 lead was the narrow edge against Adriano Araujo that secured Luiz Paulo's title.

Middleweight (-85kg) – Isaque Braz had a lot at stake in Abu Dhabi. The leader of Dream Art travelled to Abu Dhabi with dozens of students and training partners. He needed to represent the school the best he could and so he did. In three matches, the first one was the toughest against Norway's Tommy Langaker. A 2-2 tie with Isaque scoring last was the reason Braz made into the semifinals. Then he caught Julio Junior with a kimura and secured the title with an armbar finish on Mauricio Oliveira. Light-Heavyweight (-94kg) – Patrick Gaudio fought three times in Abi Dhabi. He first beat Portugal's Bruno Lima 3-2, then outscored Croatia's Matko Kvesic 7-0. The final was the biggest challenge, as Patrick had to face fellow Brazilian Guttemberg Pereira. Luckly for Gaudio, a toe hold opportunity presented itself and he took it to secure the gold medal.

Super-Heavyweight (-120kg) – Roosevelt Sousa left no stone unturned on his way to the top of the podium. Always very intense, Sousa debuted with a 10-0 against division ranking leader Wallace Costa. In the semifinal, he beat Max Mendes 4-2. The final was short-lived. Roosevelt looked for a foot lock and it came before the first minute of the match against Anderson Munis.

Roosterweight (-49kg) – The rivalry between Brazil and Argentina in South America is well known by everyone. Brazilian Brenda Larissa and Argentinian Eliana Carauni wrote another chapter of that rivalry in Abu Dhabi. Larissa made it to the gold medal match with a choke from the back on Isadora Maggioni. The final was very tactical and a narrow 1-0 lead granted Brenda the title. Light-featherweight (-55kg) – The only thing Ana Rodrigues could not beat on the mat this Saturday was her tears with the title won. In two matches, she first beat Estonia's Liisi Vaht 6-1 to meet well known rival Amanda Canuto in the gold medal match. That's when her guard game showed up and Ana managed a beautiful armbar to finish her opponent and secure the title. And then came the tears.

Lightweight (-62kg) – Three matches, two arms and a neck. That's a accurate way to describe Beatriz Mesquita's campaign for the gold medal. Dominant in every aspect, Bia showed once again why she is considered by many the best female Jiu Jitsu competitor of all times. Turkey's Hind Charifi and Italy's Margot Ciccarelli had their arms stretched, Brazil's Andreia Cavalcante tapped to a choke from the back.

Middleweight (-70kg) – Julia Boscher could not hide her happiness for being on the mat in Abu Dhabi. Smiling from ear to ear, the Brazilian built a solid campaign to win the gold medal and the division ranking for the season. She beat Priscilla Assunção 2-0 in the semifinals and met Rafaela da Silva in the gold medal match. After five minutes of regulation and an extra minute of overtime, a stubborn 1-1 tie was settled by the referees and Julia opened her smile with another win and the title. Heavyweight (-95kg) – Yara Nascimento knew she was the favorite for the title. She performed accordingly and won both her matches by submission. She first caught Thaynara Dias with an americana from the mount and then choked Michele Xavier using the lapel from the north and south position. With the gold medal in Abu Dhabi, Yara also secured the top of the division ranking for the season.

Thrills galore in the Masters Division

They have a few more years under their belt, but the desire to win is still the same. In the masters 1 and 2 black belt division, talent and drive ran unrestricted and champions took their spot on the top of the podium. Here are the champions of the day:

The Abu Dhabi Grand Slam Tour returns for the 2021/2022 season in a few months. It will be bigger and better. The 2020/2021 season concludes next weekend with the Abu Dhabi World Professional Jiu Jitsu Championship, on April 7-9, also at the Jiu Jitsu Arena. Stay tuned for more news shortly.

Click here for the full results of the ADGS Abu Dhabi.