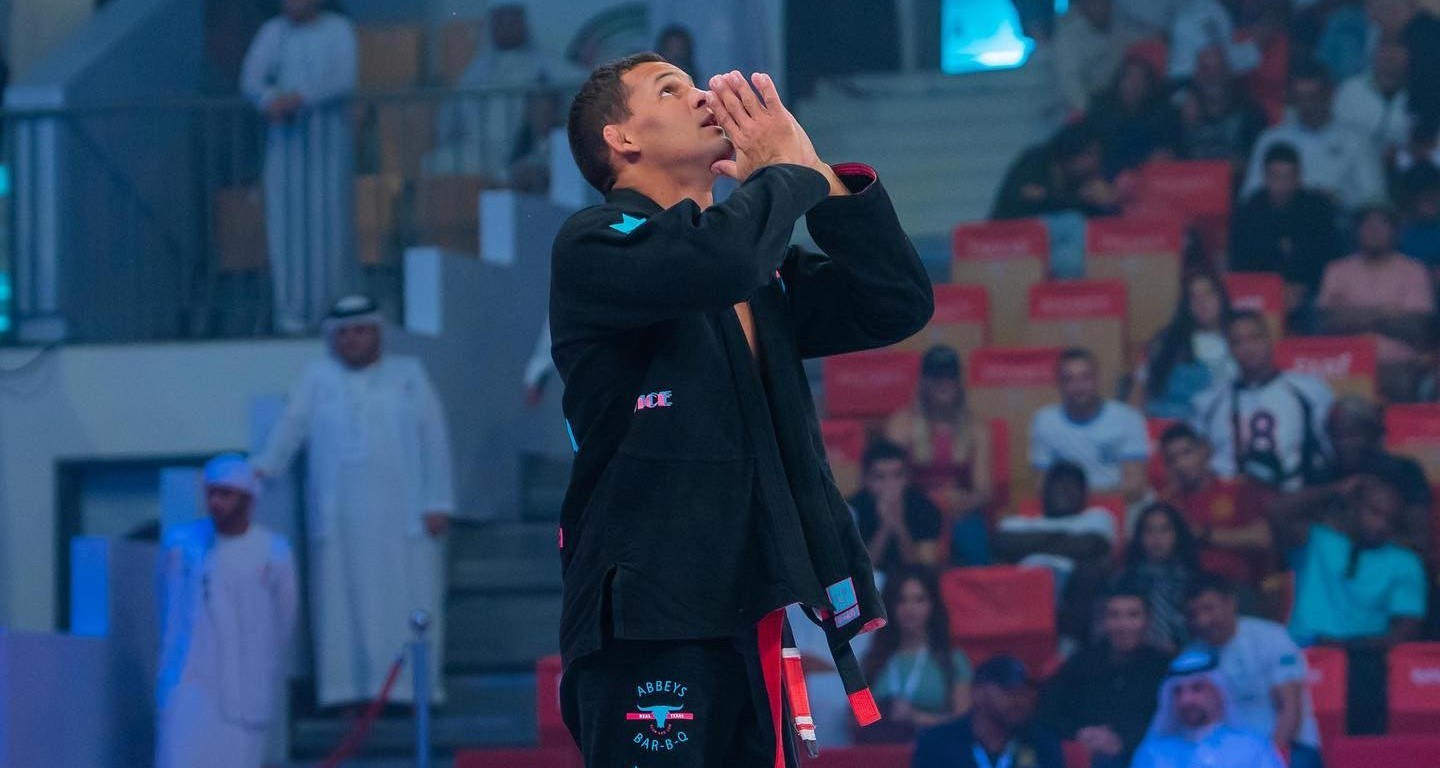 On the penultimate day of the AJP Abu Dhabi World Professional Jiu-Jitsu Championship 2022, the audience that packed the Jiu-Jitsu Arena witnessed the birth of new stars of the sport and watched as well-known powerhouses reaffirmed their superiority. At the end of it all, we could catch a glimpse of what to expect from the event's last day, which takes place tomorrow.  On this Friday, November 18th, the athletes that had their spots reserved and those who earned it on the mats clashed against each other, kicking off the male black belt division and the brown/black belt female division.

Among the highlights, we have the Brazilian Fellipe Andrew, who went down to the 85kg division looking for the sought-after World Professional title. Fellipe reached the final after beating tough opponents such as Isaque Bahiense, whom he faced in an intense semifinal. Another highlight goes to the two-time champion of the AJP Abu Dhabi World Professional Jiu-Jitsu Championship Brenda Larissa. After facing tough battles on her way up the bracket, such as the duel fought against the surprisingly tenacious Diana Thais Teixeira in the semifinal, Brenda goes full throttle for the final round to earn her third title in the event.

Check the finalists below! Still this Friday, besides the black belt disputes for the bronze medal, we've also had the male brown belt finals. Among the highlights, we've had the Brazilian Luiz Betta, who got the gold after landing the powerful score of 20 to 0; Florian Bayili, the Belgium athlete that won four matches, including a final round against the favorite Carlos Henrique, to take the division title; and Rui Alves Neto, who made two fig\hts before facing and beating the Russian Ramazan Shihshabekov, taking both the gold medal and the first place in the AJP's South-America ranking.  Another champion of the day was Pedro Lucas Ribeiro, who awaited the Russian Vakha Chimaev for the final, but ended up as the division champion after the latter got injured and was unable to participate in the match.

Check out below how each duel unfolded!

After two penalties for a double pull, Welison came out ahead after climbing over his opponent and adding one point to his own score. Omar attacked with a triangle, which landed him no points but managed to climb and turn the score to his favor, 5 to 4. Welison then tried a climb and takedown, almost stabilized himself in the position, and landed another point. The final score is 5 to 5, with the last point scored by Welison, the new division champion.

The UAE athlete started off the match by climbing his opponent after a double pull. Jefferson then got on the spider guard and turned the score around, 2 to 1. A sweep duel ensued, putting the score at 4 to 3 for the Brazilian, who managed to stay on top of his opponent and claim the division title.

The Belgian Florian got a headstart with two points earned after climbing from the double pull and attacking with a toehold. Carlos sweeped and almost managed to pass, taking three points and putting himself ahead in the dispute. Florian pulled and quickly attempted to climb with a one-leg, taking the last point, settling the score at 3 to 3, and ensuring his victory.

Representing Russia, Artem made the first move of the bout, pulling guard and adjusting himself to sweep. The attempt, however, did not happen as expected. Artem spun aiming at the legs, but João saw his opponent's foot undefended, put all his strength in the grab, and attacked with a straight footlock, taking the win after 57 seconds of the fight.

In a breathtaking duel, Ramazan started by pulling guard and Rui climbed on the double pull, passed the guard, and tried putting his knee in the opponent's stomach twice, adding six points to his own score. Rui then managed another pass before bombarding Ramazan's guard. The Russian managed to land a sweep by the end, but the score ended at 9 to 2 for the Brazilian, who not only placed first in the South American ranking but was awarded his black belt minutes after the final.

After going through the division at full throttle, the Brazilian Luiz Betta went all out on the mat for the final round. With takedowns, guard passes, and complete control with a knee on the stomach and even a mount, Luiz built an astounding score of 20 to 0 over Carlos Cabrera, leaving no questions about his status as the new division champion.