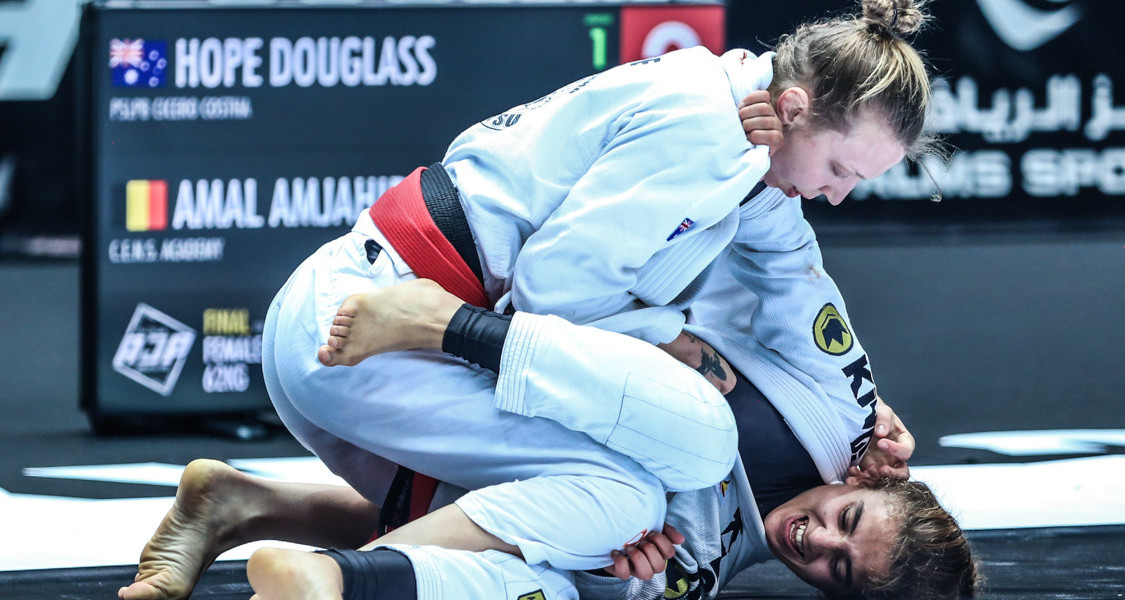 The female adult brown/black belt division is fruitful when it comes to new talent. The latest name to stand out is Hope Douglass, from Australia. She competed at the Abu Dhabi Grand Slam Tokyo, on July 27-28, less than two months after becoming a black belt. Nevertheless, Hope feared no opponent and managed to debut in the new ranking with a spotless campaign that ended with a gold medal in the 62kg division. She beat former champions Larissa Paes and Amal Amjahid on her way to the top of the podium. Hope talks about what the experience of competing in Tokyo was like for her: “I just trust in my training and my preparation and enjoy the event as much as possible on the day.”

Hope is now eyeing an even bigger challenge as the AJP Tour heads to the United States for the Abu Dhabi Grand Slam Tour Los Angeles, on September 14-15. The Australian black belt is already registered to compete, this time in the 55kg division. Fellow finalist in Tokyo, Amal Amjahid, is one of the big names in Hope's division. There is little doubt Douglass will be up for the task at hand. She reveals some of her secrets for a career that is going in the right direction: “Find a good team and a coach that is committed to studying and mastering Jiu-Jitsu that is relevant to the modern competition game. Study for yourself and take responsibility for your own learning. Surround yourself with people that you want to be like and study people that you want to emulate.”

The Abu Dhabi Grand Slam Los Angeles is coming on September 14-15, at the Felix Center, in Azuza. Some of the best competitors in the world will descend in California for a full weekend of action. The final registration deadline is September 6. Click here for more info and to sign up now.

The roster for the Abu Dhabi King of Mats Middleweight bracket is now compete. American Nathan Mendelsohn joined the 8-men bracket that will compete for the title on September 14, at the Felix Center, in Azuza. Nathan is coming out of a recent gold medal campaign in the adult black belt 85kg division at the Abu Dhabi Grand Slam Tokyo. The roster also includes Isaque Bahiense, Gustavo Batista, Tommy Langaker, Max Lindblad, Diego Ramalho, Manuel Ribamar and Marcos Tinoco. Click here to know more about the upcoming ADKOM.

The 2019/2020 season of the AJP Tour is a non-stop series of events. The next month of September will see competitions all over the world. The schedule includes Abu Dhabi International Pro events in Baikal (Russia, September 14/15), Brasília (Brazil, September 15), Ulaanbaatar (Mongolia, September 21-22) and also the Abu Dhabi National Pro Bosnia and Herzegovina (September 21). Click here for more info on each event.