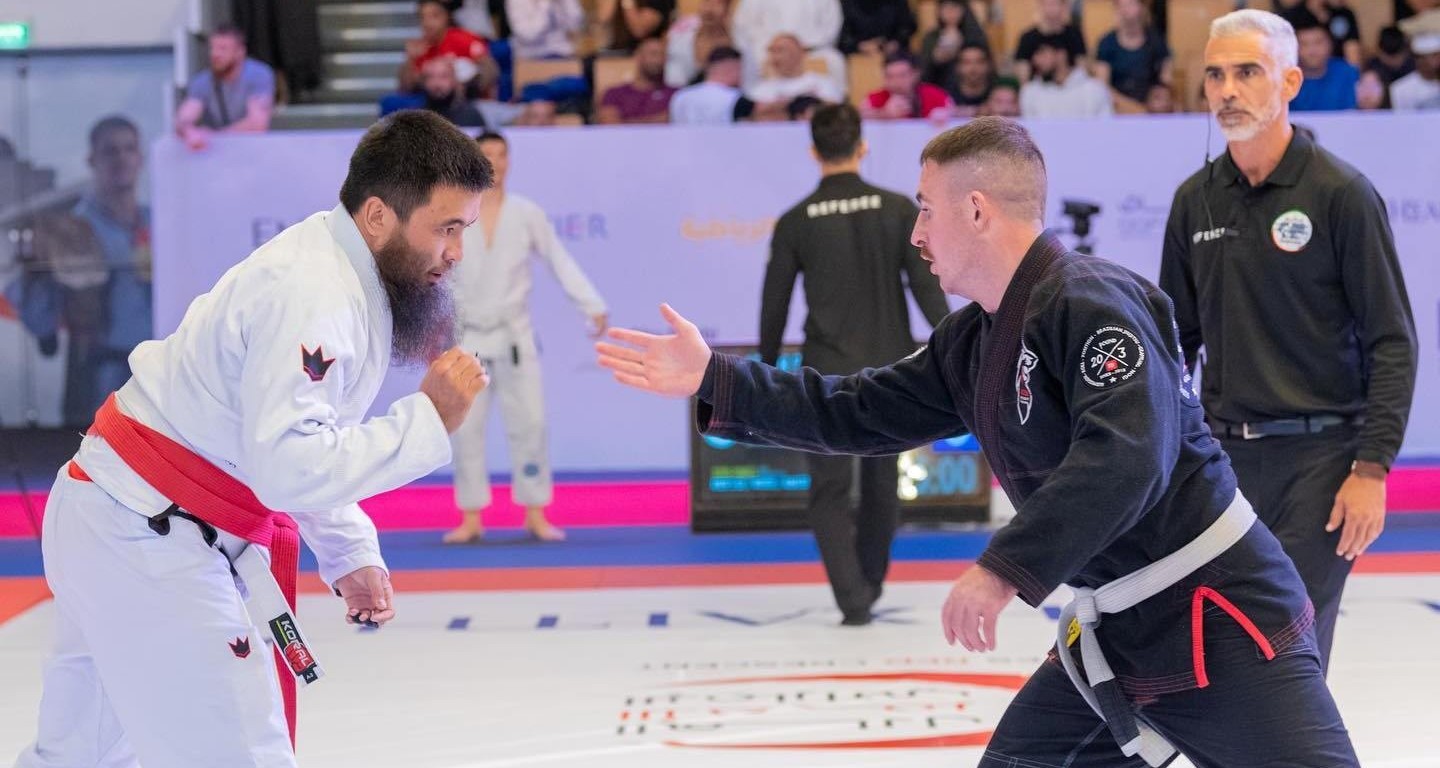 Once again, the AJP Abu Dhabi World Festival Jiu-Jitsu Championship 2022 invited athletes from all over the planet to partake in breathtaking duels. On this Saturday, November 12th, the event received the white and blue belt competitors across 12 mats set up in the Jiu-Jitsu Arena for the second day of competition.

On the arena's backstage, promising names and brand-new athletes mingled together. Among the blue belt champions, the Abu Dhabi athlete Abdulrahman Alshimmari, 19, stole the spotlight by winning four matches to reach the adult 85kg title. After defeating two fellow Emirates and coming out on top in the semifinal against a Mongolian, Abdulrahman faced the Brazilian Eduardo Alves in the final. In an intense fight filled with sweeps, the Emirati beat his opponent and took home the gold with a score of 10 to 6.

"I've been training Jiu-Jitsu since I was 11 years old with professor Ribamar Santiago", recalls Abdulrahman. "I began training in school and never missed a session since. Jiu-Jitsu is a lifestyle to me."

Another highlight among the blue belts, the Brazilian Melquisedeque Moura, 19, was the champion of the 52kg division. After joining a social project, the young athlete was introduced to Jiu-Jitsu and began training with professor Rodrigo Feijão, taking his first steps in an international tournament at this year's AJP's Abu Dhabi World Festival Championship. After five matches, all fought against opponents from different countries, Melquisedeque reached the coveted gold.

On his way to the top of the podium, Melquisedeque had a slip-up in the semifinal, which he still managed to win by a score of 3 to 1. After the duel, the Brazilian returned to the mats even more focused on the title.

"I've made many mistakes in the semifinal, but I knew today was my day. In the final match, I was ready to give all my effort and even be carried out off the mat if necessary. My arms are worn out, but the victory was worth it", says Melquisedeque after defeating the Kyrgyz Zhyldyzbek Abylbekov in the final with a dangerous game of passing the guard.

Among the many beginners in the white belt category, the Kyrgyz Tahir Muratovich managed to set himself apart with his hardiness and hunger for competition. At 42 years old, Tahir found himself with no opponents in the Master division, which led him to drop to the Adult division of the AJP event in search of adversaries to test his skills.

"I've been training Jiu-Jitsu for two months", says Tahir. "I'm also a Kickboxing athlete, so I'm no stranger to competition, but this is my first time competing in an international tournament of this sport. I'm here to test my Jiu-Jitsu and Wrestling skills and improve as much as I can."

To check the final results of the day, click here!