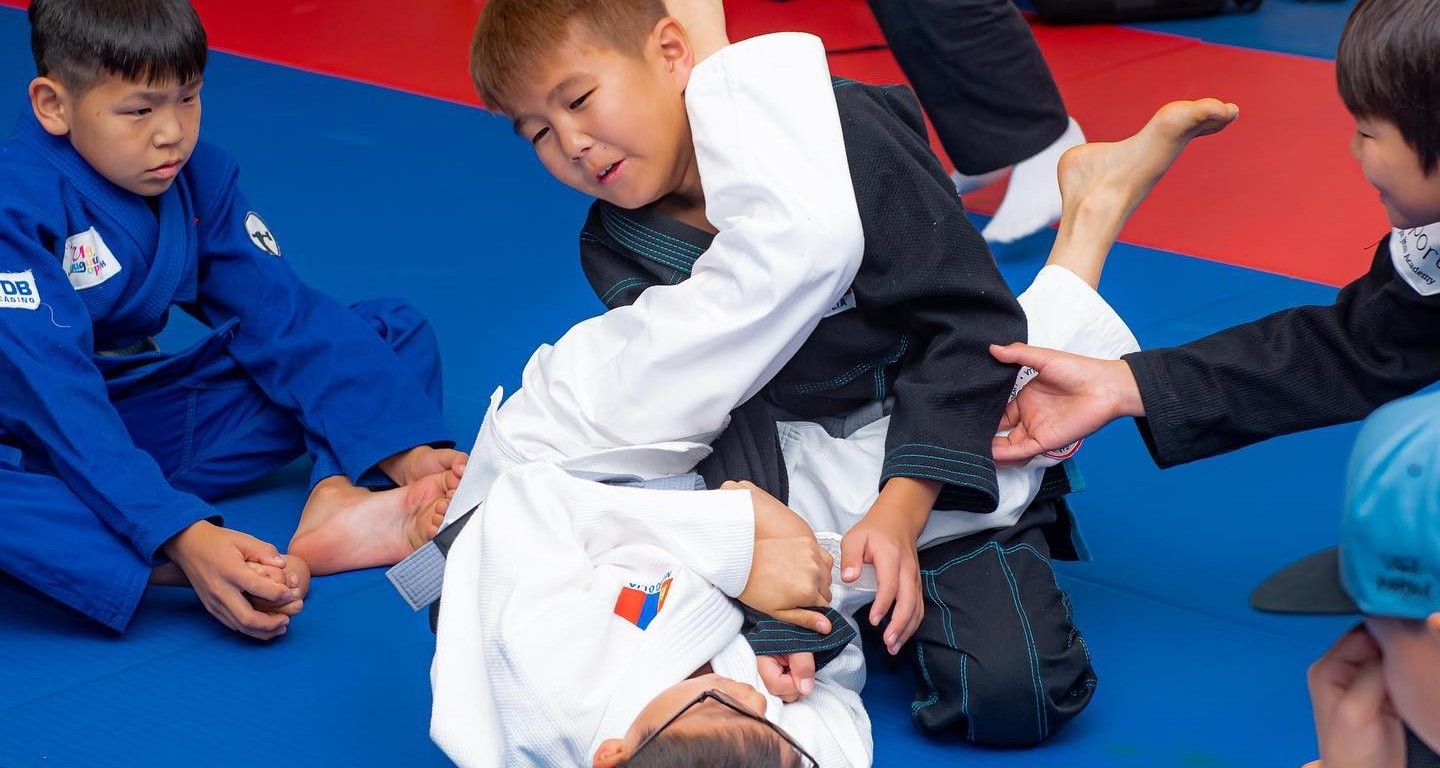 As the years go by, Abu Dhabi continuously reaffirms itself as the world capital of Jiu-Jitsu. A clear example of this scenario and the globalization of the sport is seen when we analyze the brackets and the technical level of the tournaments for young fighters, such as the AJP Abu Dhabi World Youth Jiu-Jitsu 2022, which received athletes from over 100 countries.

On the last Monday, November 14th, only the boys stepped onto the 11 fight areas of the Jiu-Jitsu Arena, with some of the highlights coming from countries that don't usually get associated with the gentle art.

Such is the case of the young Abdulrahman Aliakparov, from Kazakhstan. The 12-year-old yellow belt showed his dominance in the 55kg division, with his three fights ending in submissions. In the final match, Armanzhan Ruzakhunov's student went all out with a tight choke from the closed guard to snatch the gold from Isac And Vestberg, from Sweden.

Another country that has been showing its strength in AJP tournaments is Mongolia. With over 130 athletes participating in its national team, Mongolia has been on a roll, with a gritty set of young fighters who rose to prominence with their will to win and deft use of their cultural background in Wrestling to improve their Jiu-Jitsu.

One of these athletes is the 13-year-old Enkhbat Orgil. Competing as a grey belt in the 66kg division and coming from a win in the AJP International Pro held in the Russian town of Bakal, the Ralph Gracie Mongolia's student came out on top in three matches on his way to the gold, facing opponents from Brazil, Russia, and the UAE.

With the Jiu-Jitsu shown at the AJP tournaments each season, we can see how far our sport has come and how its reach will keep growing throughout the years.