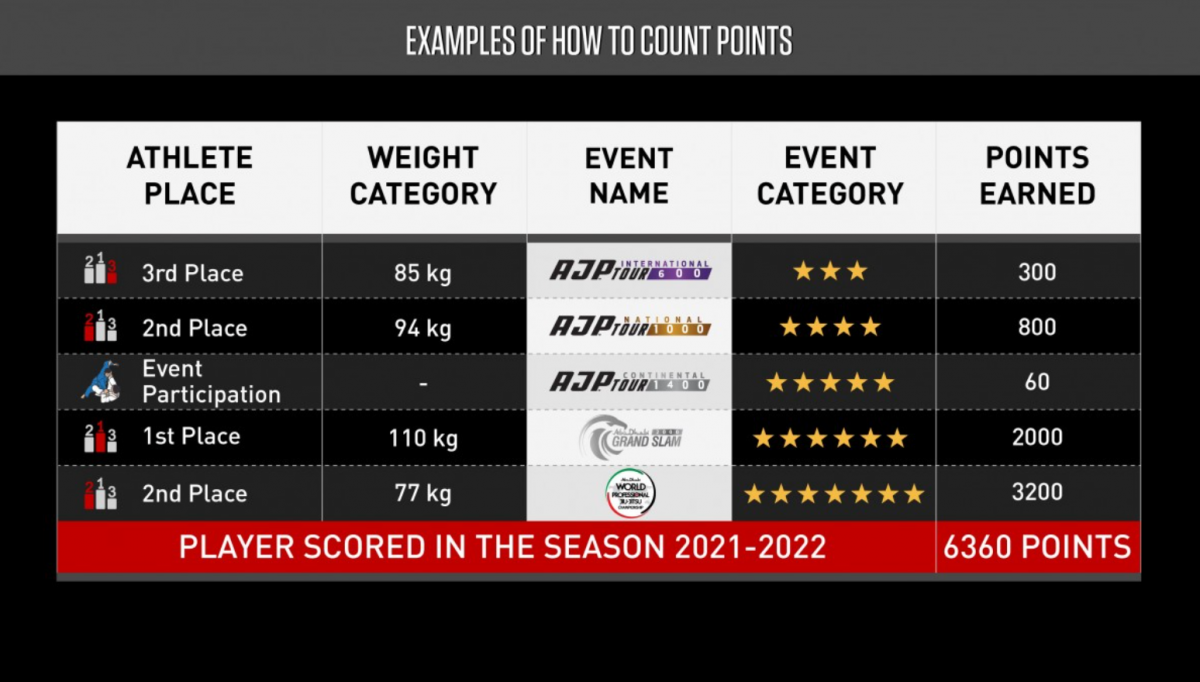 THESE POINTS ARE ADDED TOGETHER TO CREATE THE AJP RANK FOR YOUTH, AMATEUR, PROFESSIONAL AND MASTERS AND DIVIDED BY:

The year-end AJP Ranking is based on calculating, the total points respecting the best results quotas (1 ADWPJC 2022 result + 1 Continental Pro result + 7 best results for each player of the ranking period:

4.  The highest current points from one single event, then, if needed, the second highest, and so on.

5. If the competitors are still equal the decision will be taken by the number of matches done by the fighter through the season, followed by the fastest submission(s) or who made more points during the matches in case of Abu Dhabi World Pro Qualification.

6. If a fighter decides to change nationality, upgrade belt or move age group during Season Qualification period he/she loses all points in the AJP World Rank and has to start with 0.